Most faith communities these days are trying to figure out how to connect with their neighbors, many of whom seem not to want to have much to do with religion. 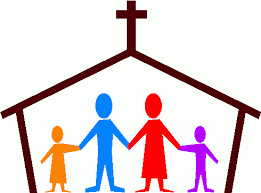 The religious landscape of the country has been changing significantly, as more immigrants come to the U.S. and as more people self-identify as religiously unaffiliated.

What are churches, synagogues, mosques and other houses of worship to do?

Well, some of them are figuring out what should have been painfully obvious to them all along: They need to understand their own context and the needs of their neighbors.

This is especially true of newer congregations locating in the heart of urban centers, whether they would identify themselves as part of the Emergent Church Movement within Christianity or some other development in another faith.

Kansas City's alternative newspaper, The Pitch, recently did this excellent story that takes a look at the ways new or spin-off Christian churches are having an effect in the Downtown and surrounding areas of KC -- often to the surprise of people who live there.

The key to success? They didn't just come in with ready-made answers. Instead, they paid attention to what was happening in the area and to what the people there perceived as needs, particularly as they relate to arts and the culture. Then they went about trying to meet those needs.

A former art student who now pastors a relatively new Midtown church, Dylan Mortimer, is quoted in the piece this way: "I think, more and more, you see the city — and artists in the city — eager and open to engage in dialogue with churches and Christians. . ."

A faith community that doesn't recognize how the world around it is changing and, thus, keeps doing things in the same old way is a community bound for collapse.

The Pitch piece is quite long but it's well worth a read, whether you're from KC or not. What churches written about there are learning won't work everywhere, but the attitude that is open to exploring new ways of delivering the church's core message of loving God and loving neighbor can work everywhere.

RELIGION VS. STATE IN INDONESIA

How do governments of countries handle religion within their borders? It's a complicated question with answers that vary widely. But it's the question now being raised in the world's most populous Muslim country, Indonesia, as it seems to be moving toward a more open, democratic way of living. This is a story we'll all want to follow closely to see whether violent extremists begin to try to undermine the government's strategy and whether, in turn, the government caves in.