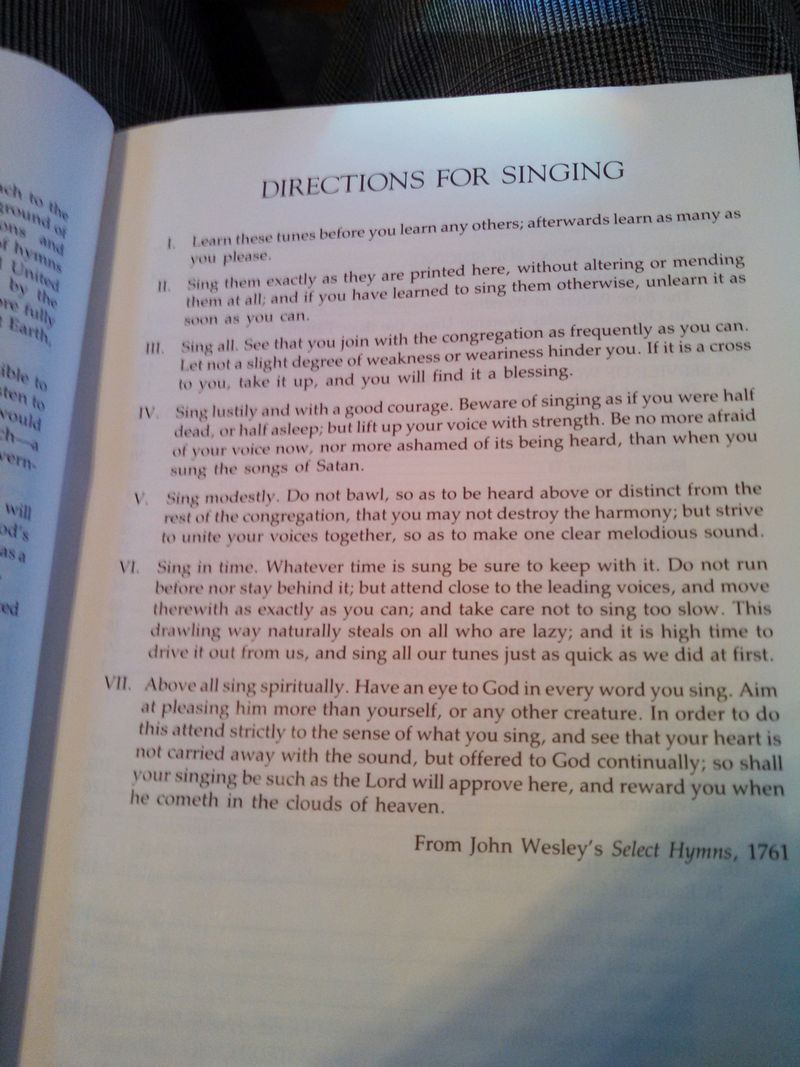 I love hymns and even write some myself.

So whenever I'm in a house of worship other than my own, I pick up the hymnal or song book and have a look.

Which is what I did this past weekend at Trinity United Methodist Church in Kansas City when I went there to see the 10th anniversary production of the play "The Hindu and the Cowboy."

Just a page or two into the United Methodist Hymnal, published in 1989, I found a page devoted to John Wesley's 1761 advice on how to sing hymns. Because Wesley founded the Wesleyan tradition (read Methodism), Methodists tend to pay attention to what he had to say about various subjects.

I took a picture of the page of his directions for singing, which you see above here today. So you can read it and enjoy its oddities (and good advice) as much as I did on Sunday.

I especially liked his suggestion -- or, more accurately, order -- that if you have learned to sing some of the hymns in the book in a way different from the way Wesley would have you sing them, you should "unlearn" that old way.

You may also know that John Wesley's younger brother, Charles, wrote some 6,000 hymns in his life. I'm about 5,996 behind him. I best stop carrying on here about the Wesley brothers now and get busy.

Another embarrassing day to be a Missourian. The state this week carried out its ninth execution this year. Capital punishment is a failed, immoral system that reduces to state to the level of criminals who commit heinous offenses. Besides that, it's way, way more expensive to maintain than a system that would sentence such criminals to life without parole.