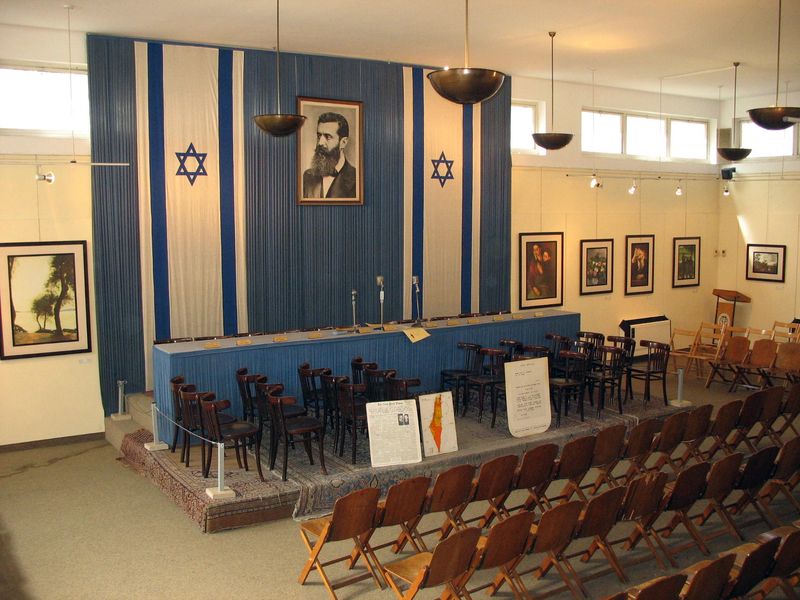 One of the half-truths (well, more like quarter-truths) about the modern Jewish state of Israel is that it was created as a safe haven for Jews because of the Holocaust. 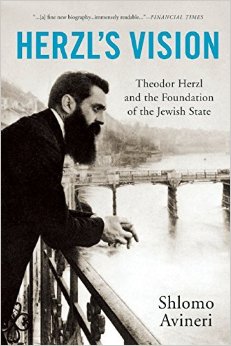 You especially hear this nowadays from Holocaust deniers as a way of delegitimizing Israel as the deniers call for the abolition of that country.

What this bogus narrative ignores is that the Zionist movement that eventually resulted in Israel's creation in May 1948 finds its modern origin in the late 1800s, especially in the fertile mind of Theodor Herzl.

Shlomo Avineri, a professor of political science at Hebrew University of Jerusalem, has captured the heart and soul of Herzl and his dream of a modern Jewish state in his new book, Herzl's Vision: Theodor Herzl and the Foundation of the Jewish State.

It's a compelling look inside the mind of a man who called himself "an impecunious Jewish journalist," but one who was clever and wise enough to put the possibility of modern Israel on the radar screens of world leaders.

One of the things I especially appreciated about the book was the care the author took in creating a good picture of the context of Europe and its Jews in the 1800s and early 1900s. What this picture includes is the rise of modern antisemitism, which had roots in historic anti-Judaism long preached from Christian pulpits, but was not theological in nature. Rather, it was rooted in terrible racial and economic theories.

Here's a taste of how Avineri handles all of that:

. . .the more successfully the Jews integrated into Europe's culture and economy, the more they were condemned for being different. This was particularly the case in Germany, where openness to the Jews reached its peak following German unification in 1871. In 1879, Wilhelm Marr, a journalist and political activist from Hamburg, pubished his pamphlet The Way for the Victory of Germanism over Judaism. Like (composer Richard) Wagner, Marr was at the start of his career a radical of anarchist leanings and took part in the 1848 uprisings. In this diatribe he coined the term 'anti-Semitism' to designate the new kind of anti-Judaism -- not the traditional Christian critique of the Jewish religion, but a concept to rally Europe against the menace of the Jewish nation and race. This was the beginning of modern racial Jew-hatred, which claimed that the Jews' nefarious nature was a matter of scientific fact, solidly based in biology and anthropology.

(For my own essay on anti-Judaism in Christian history, look under the "Check this out" headline on the right side of this page.)

The author relies heavily on Herzl's extensive diaries and notes that in the writings of other historians, those diaries "have been underutilized in describing how complex, and far from per-determined, were Herzl's efforts."

Theodor Herzl died in 1904 at the age of 44 without having seen his dream of modern Israel become a reality. But it's hard to imagine that Israel would have been created when it was -- if it had been created at all -- without the modern Zionist movement that found its seeds in Herzl's thinking and work.

It's interesting that the index of this book lists only one entry for the Holocaust. That mention is found near the end of the book:

Through Herzl's diplomatic efforts, unsuccessful as they were, Europe's educated elite, its royal courts, its Prime Ministers and Foreign Ministers came to know of the existence of the Zionist movement. Consequently, when the right constellation did eventually appear upon the disintegration of the Ottoman Empire after World War I, and then again in 1947, after World War II and the Holocaust, the Zionist movement was able to establish its national home and Jewish state on the iedological, organizational, and diplomatic foundation that Herzl had laid. . .

Even opponents of Zionism and Israel -- and they are legion -- would do well to give this book a read to understand in more detail what motivated Herzl and his many disciples and how he managed to leave the realistic idea of a Jewish state as a legacy when he died. As Avineri notes, Herzl "harnessed the power of the word to his goals as no other statesman before him had done."

(The top photo, which I took at Israel's Independence Hall in Tel Aviv, shows the room in which the documents were signed that created Israel in 1948. On the wall you can see a picture of Herzl. By the way, the very name Tel Aviv comes from the Hebrew title its translator used for Herzl's utopian novel, Altneuland [Old-New Land]. Tel Aviv, as Avineri explains, literally means "Mound of Spring," which he says is a "conjunction of old and new used in the Bible by the prophet Ezekiel.)

Just when you think there might be at least the possibility for peace in the Holy Land, terrorist thugs attack a synagogue in western Jerusalem, killing four rabbis (one of whom grew up in the Kansas City area and one of whom has a nephew here who also is a rabbi), before being killed themselves by authorities. It makes me wonder what Herzl would think about how safe Jews are today in their own nation and what he would think of the state of Israel's problematic handling of its conflict with Palestinians.