On this Good Friday in my community, which is grieving the murderous loss of three people this past Sunday at the hands of an evil idea enacted, I want to bring you a word of hope and insight from an old friend. 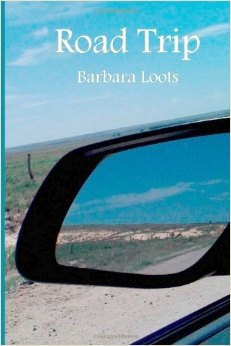 Barbara Loots, a longtime writer for Hallmark (though she's now retired), was my sponsoring elder when I joined Second Presbyterian Church in 1978.

She often teaches an adult education class I regularly attend at my church.

And she once said (only partly in jest) that her job at Hallmark was to find a new way each day to say "Happy Birthday."

Well, I just got Road Trip, her new book of poetry, a lovely collection from a woman who understands the power of words.

And I ran across there a short poem called "New Year's Eve," which first appeared in the online magazine Mezzo Cammin.

It spoke to me in this week of special holiness to both Christians and Jews, when Kansas Citians are trying to understand the dimensions of irrational hatred that led a man to attack and murder people at two Jewish sites here last Sunday (people who turned out not to be Jews at all, but members of Christian denominations.)

So, with Barbara's permission, I offer the poem to you here today.

The clever nest has shaken from the tree

to land here on the sidewalk at my feet,

and sweeps its brown detritus down the street.

So much depends on something letting go,

a loosening of ties, a stripping clean,

a useful emptiness by which I know

of singing birds that I have never seen.

As a Christian, I see in the second verse echoes of Good Friday's crucifixion and Easter's empty tomb, although my guess is that Barbara had no such events in mind when she wrote this. But I was in a poetry class in college once when one of the student's critiqued another's poem and layered it with a meaning the poet did not have in mind when he wrote it. The poet responded this way: "A poet is entitled to any interpretation a reader wants to bring to the poem."

In this sad but holy week in Kansas City, may we somehow know that somewhere there are singing birds that we have never seen.

(I hope some of you will join a Good Friday stations of the cross walk today that starts at 11th and Oak in Kansas City at 2 p.m. I'll be the reader when the group gets to Truman and McGee at the new Kansas City Star pavilion.)

NOT GUILTY OF THEFT

Did Christians steal the idea of Easter from pagans? No, says author Candida Moss, whose book The Myth of Persecution has just been released in paperback. I reviewed that book here.