As we wind down (or wind up?; idioms can be confusing, so sit down and then sit up and pay attention) 2013, it occurs to me that it's been a long time since I said anything about "process theology." 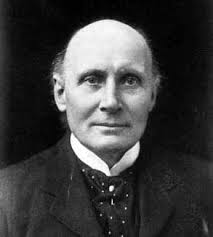 And what a good day to do that, for today marks the death in 1947 of Alfred North Whitehead (pictured here), who is credited with laying the groundwork for process theology through his advocacy of process philosophy.

It is easy for traditional Christians to reject process theology because it seems to make God dependent on us humans for God's own growth, change and development. And certainly process theology tends to move in that direction.

But it's more complicated than that, and a swift dismissal of this approach to theology would at the same time dismiss some ideas that might help all of us think more deeply about the relationship of humanity to God.

One of the attributes of God that is promoted and affirmed by Judaism, Christianity and Islam is that in some sense God is personal and cares about individuals. This is different from the old Greek idea of a far-removed deity who really can't be bothered with human affairs.

Process theology, in a sense, takes that idea of a personal god and pumps it up (that's a technical theological term) so that in some ways God seems to be mutable, malleable. Traditional Christianity wants to insist that God's nature never changes, but that God may, in fact, change God's mind about things. And that idea comes from Judaism, with its stories of the way certain biblical characters bargain and even argue with God.

Does process theology take those notions and run too far with them? That's the complaint about it from some traditional Christian theologians.

But I've always thought that the church needs its heretics (as they're sometimes called) to keep it thinking fresh, new thoughts of a God who promises to make all things new.

The number of people who say they have no religious affiliation is, as we know, rising in the U.S. and has risen in Europe in recent decades. Now we learn a similar phenomenon is happening in Australia. The exception to this trend can be found especially in Africa, where Christianity and Islam have swept in to gain converts from African traditional religions.