It is easy -- and sometimes wrong or partly wrong -- to blame religion for all or most of the wars humans fight. 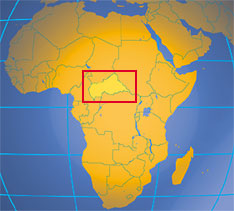 For instance, did World War II have much to do with religion? Only quite tangentially.

What about the current fighting between Christians and Muslims in the Central African Republic? Well, that certainly looks like sectarian fighting. And surely some of it is.

But it turns out to be much more complicated than that. There are other factors involved and those factors seem to weigh more heavily than religion.

Here, for instance, is a Reuters piece that seeks to educate us about those other factors.

A key paragraph from that story:

Many in the country insist that the origins of the bloodshed have little to do with religion, in a nation where Muslims and Christians have long lived in peace. Instead, they blame a political battle for control over resources in one of Africa's weakest-governed states, split along ethnic faultlines and worsened by foreign meddling.

And earlier Religion News Service offered this piece making some of the same points. It said that "a Roman Catholic archbishop said the fighting pitting the two groups is not about religion, but rather politics and power."

For sure religion has been the cause of wars and bitter violence of various kinds for centuries. But sometimes the reality on the ground doesn't match preconceived notions about religion's role in perpetuating violence. And it's best to have a detailed, nuanced description of what's going on so that religion receives the proper amount of blame, if any, but neither too much nor too little.

IS CHRISTIAN UNITY JUST A MYTH?

When Christians take radically different approaches to such issues as homosexuality, are they simply disagreeing about interpretations or are they, in fact, practicing different religions and even worshiping different gods? Hollis Phelps, an assistant professor of Religion at Mount Olive College, argues the latter. And he may well be on to something.