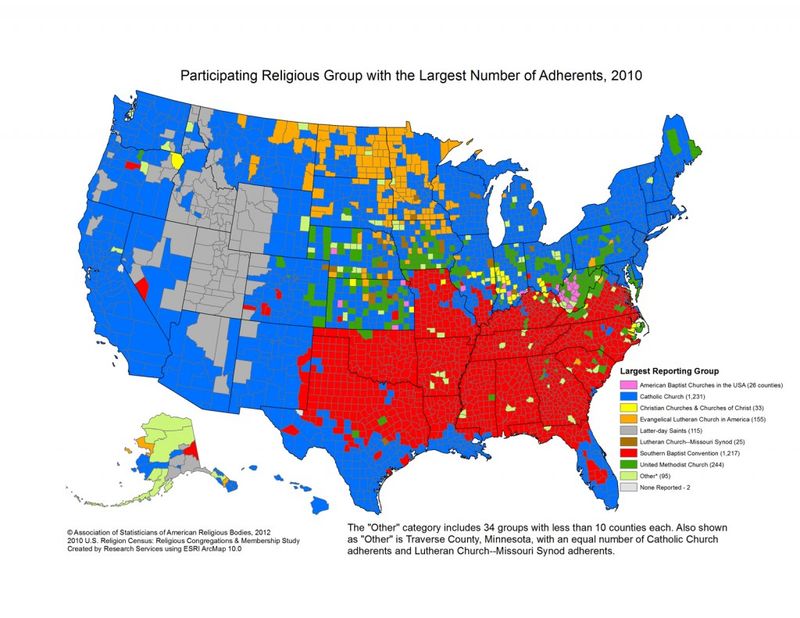 Over the last several decades, scholars and others have been noting the shifting religious landscape in the United States.

There's been a slip in the percentage of people who identify themselves as Christian. And Protestant Christians, who used to be a huge majority of the American population, now clock in at just under 50 percent. There also has been a marked increase in the percentage people who say they have no religious affiliation.

And especially since President Lyndon Johnson signed immigration reform into law in 1965, Muslims, Hindus, Sikhs, Buddhists, Jains and others have come to the U.S. in large numbers, to say nothing of Christians from non-Western traditions.

Some of these changes have been designated the "Europeanization" of America, meaning a decreasing emphasis on the importance of any religion at all. But it's more complicated than that.

Still, a British newspaper writer, Damian Thompson, has been reading Washington Post coverage about all of this as well as surveys from the Pew Research staff and has some interesting observations here. (The map above I borrowed from that Washington Post site.)

All of which reinforces the point I've made over and over: If the call to Americans in the 20th Century was to get racial harmony right (still an unfinished task), the call of the 21st Century is to get religious harmony right.

We can do this folks. We can show the world how all kinds of religious adherents plus atheists, secular humanists, freethinkers and others can live together without killing one another. It would be a great model for the world.

New figures show use of the death penalty in the U.S. is continuing to decline. Good, but the sooner we get to zero the better. The death penalty has no place in a civilized society.