Before we get deeply into the 2016 presidential election campaign -- which began, I think, in 1996 or thereabouts -- it's worth taking a careful look back at the 2012 race to see what role religion played and what role, therefore, it may play in the next election. 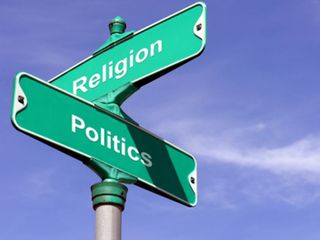 James B. Bennett, associate professor of religious studies at Santa Clara University, has done exactly that in the current issue of Theology Today, a quarterly published by Princeton Theological Seminary. The link to the article, however, will give you just the abstract. To read the full piece you have to be a subscriber. But I'll give you a summary here of what I found to be the most important points.

Bennett says that although people of faith seemed to vote in relatively traditional ways for these decidedly unconventional 2012 presidential tickets (there was no white Protestant on either ticket), the fact is that Hispanic Catholics and the religiously unaffiliated voted in ways that may shape presidential elections well into the future. (If he's right, it's more bad news for the Republicans, who in the last week seem to have created nothing but bad news for themselves.)

Hispanic Catholics, he writes, voted Democratic 75 percent to 21 percent in the 2012 presidential race. And the growing group of people who say they are religiously unaffiliated (now almost 20 percent of American adults) voted three to one for the Democratic ticket in 2012.

Not only that, but there is no reason to think that those groups will do anything but grow in size and political importance.

And, says Bennett, the "subdued role of religion" in the 2012 election is likely to continue if, as was the case with Barack Obama and Mitt Romney, neither side sees any advantage in highlighting either his or his opponent's religious affiliation.

I admit that I thought Mitt Romney would lose more votes from traditional evangelical Christian Republicans than he did because he is a Mormon. It was to the credit of those voters that they mostly did not vote against Romney because of his religion.

Will religion continue to be essentially a non-factor in presidential races, as Bennett seems to suggest? I think it's quite probable, but as soon as analysts begin to discount or ignore the role of faith in presidential elections it will surface in unexpected ways to show such analysts are fools. That's why the best prognosticators in politics wait until after an election to describe why the results were inevitable.

A POPE FOR THE CENTER?

I don't always agree with columnist Ross Douthat of The New York Times, though I often find him worth reading, but I think his take on Pope Francis this week is pretty much on the money. See what you think.

P.S.: How many people do you think would show up for your funeral? By one estimate, half a million turned out yesterday in Jerusalem for the funeral of a rabbi. I'm not sure I know that many people.