Home Archives Profile
Learning who's not in control: 7-5-13
Secular-faith partnerships: 7-8-13 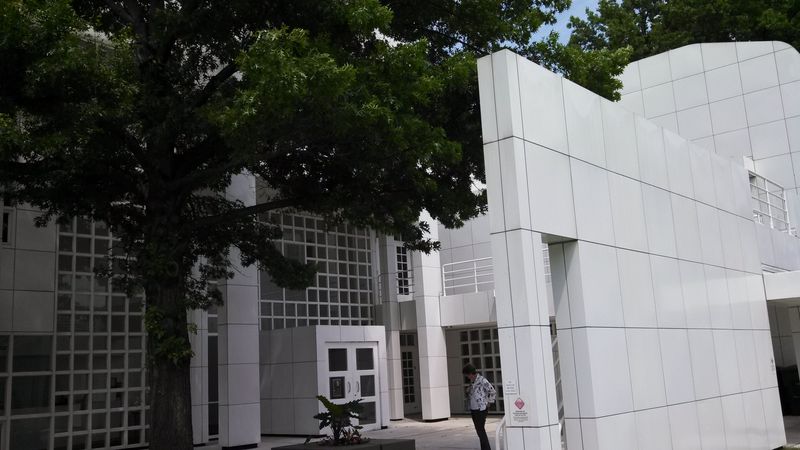 HARTFORD, Conn. -- For several reasons I have been aware of Hartford Seminary and its interfaith emphasis for years, though until my recent trip here for the annual National Society of Newspaper Columnists conference, I'd never been on campus.

So on my last day here I stopped by, but because it was a Sunday morning the main building (pictured here) was closed.

So when I got home I called seminary president Heidi Hadsell (a Presbyterian pictured at right) to talk about the seminary's unusual approach to theological education -- unusual in that about one-third of the 250 or so students are Muslims. They're not there to convert to Christianity. Rather, they're studying Islamic and interfaith matters and some of them are becoming Muslim chaplains.

Here's a bit of our conversation:

Hadsell: "Our interfaith work started 100 years ago. We were training Christians to go to Muslim lands basically to be missionaries. Our seminary in that process became a kind of a go-to place for information on the Middle East in particular. And we developed quite a library and quite a set of relationships with people, especially in Muslim countries. About 50 years or so ago, Hartford Seminary along with lots of people questioning the mission movement -- Hartford Seminary was probably among the first to do so -- decided it should take its expertise on Islam and develop a center for dialogue between Christians and Muslims."

Tammeus: How much pushback was there from Christians who said, "No, we need to convert everybody?"

Hadsell: "Well, there has been pushback, and there still is some pushback. But as you know we're kind of in a liberal part of the country and we don't belong to a denomination. We're multi-denominational, but started by Congregationalists. In 1900 we went ecumenical."

Tammeus: And my guess is you've also got some Muslims who are not happy with you.

Hadsell: Yeah, well, we have this very well known program of Islamic chaplaincy, the only accredited such program in the country. Men and women come to become Muslim chaplains, not imams. We're very careful to distinguish that. We're giving religious Muslims a vocation. . .Where we get pushback in that is from the more conservative side asking why a Christian institution is doing this. But others are much more pragmatic about it and saying, well, thank goodness a Christian institution is doing it. So today 35 percent of our student body is Muslim and about an equal number of our faculty. . .We think religious leadership today has to be cognizant of, familiar with and fluent in interfaith relations. Our country has become so religiously diverse that you really can't call yourself an imam or a rabbi, a pastor or a priest unless you know something about the relationship between -- and beliefs of other -- faith traditions because the people in your congregations are living them every day.

Hadsell: "That's exactly right. I like the way you say that."

Tammeus: Tell me the best thing and the worst thing about having such a diverse student body. There must be some great advantages to that but also some tensions.

Hadsell: "There are some tensions. I think educationally the hardest thing -- I wouldn't call it the worst -- is that you can't expect. . .most students to have what educators call 'a common stock of knowledge' so if you refer to something people know what you're talking about, something in your tradition. Well, if you're international and interfaith, you have to build that."

Tammeus: It's my experience in interfaith dialogue that it leads to a better understanding of -- and a renewed commitment to -- one's own faith, not conversion to another religious tradition. Is that the experience of students at Harford Seminary?

Many other seminaries, of course, help their students understand the increasingly diverse American religious landscape, but Hartford Seminary has been in the forefront of this for quite some time. While you're surfing through the seminary's website, I invite you to look at other programs Heidi Hadsell and I didn't focus on in our conversation.

It turns out that Supreme Court Justice Antonin Scalia's son is a Catholic priest with some pretty, well, interesting and hard-to-parse views on homosexuality, though clearly he almost certainly would have voted the same way his father did on the issue of whether the now-dead Defense of Marriage Act is constitutional. (Despite Justice Scalia, it's been ruled unconstitutional.)

P.S.: Joseph Rosendo, host of Travelscope on PBS, will speak in Kansas City on Tuesday, Aug. 13, about his experiences in many religious and ethnic cultures. For details and to order tickets, click here.