By now, I'm sure, my regular readers are tired of me saying that labels hide more than they reveal so we should take great care in labeling people this or that religiously, politically or any other -ly. 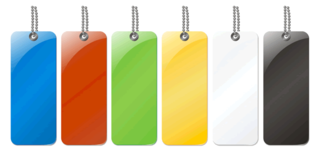 And yet scholars, researchers and others continue to plop sloppy labels on people and pretend tthat people thus labeled pretty much all think or act alike -- fundamentalists, conservatives, moderates, evangelicals, liberals, progressives and on and on.

A recent example -- while not without its insights -- comes from a new survey from the Public Religion Research Institute. It divides Americans into these religious categories -- conservative, moderate, progressive and nonreligious. The first link in this paragraph will give you the whole report. For a summary, click here.

To come up with these categories, researchers created a whole new "composite theological orientation scale based on three measures: holding a personal vs. impersonal view of God, holding a literal vs. non-literal view of the Bible or sacred texts, and holding a preservationist vs. adaptive view of religious tradition."

Well, that may be one way of doing it, but look closely at each of those measures. Within each I see lots of wiggle room, meaning lots of uncertainty as to meaning. Do I have a more personal view of God in certain circumstances than others? Almost certainly. And what level of literalness qualifies as literal? And can I not want to preserve what I think is best about my religious tradition while wanting to adapt what I think needs change?

This is why polling often drives me crazy. And why radio talk show hosts who blame everything on "liberals" or "conservatives" confuse the issue almost always.

The survey's finding is interesting that religious progressives seem on the rise, but, in the end, I really have very little idea what that means. And probably the researchers don't either.

THE POPE'S VISIT TO STRUGGLING BRAZIL

When Pope Francis visits Brazil (it's the country of the future -- and always will be) in a few days, he'll find that the Catholic percentage of the population in recent decades has dropped from the 90s to the 60s. And yet I bet he'll be able to nudge it up a bit by mere force of his winning personality, though who knows how long such an upward trend will last?