Today is a glad but sobering anniversary for those of us who are members of Presbyterian Church (USA) congregations. 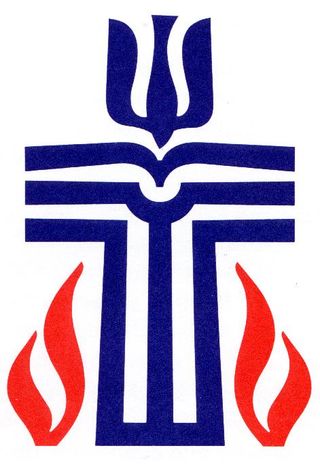 At the time of the merger, the combined membership was just over 3.1 million. Today it's just under 2 million. And it's continuing to shrink as congregations upset by such matters as our approval of the ordination of otherwise-qualified gays and lesbians leave the denomination. I haven't done a specific study of how many of those departing congregations were members of the former southern branch of the church but I'm guessing they account for a majority.

What all of this merging and separating should show us is the need for humility, but often that's almost the last lesson we ever learn. Sigh.

Back in the 1980s I attended a conference at Louisville Presbyterian Theological Seminary at which one of the speakers began by listing the mergers and separations Presbyterians have experienced since about the time of the American Revolution.

At first it was an interesting list. Then, as the speaker went on and on, it dawned on us how ridiculous it all sounded. By the time the speaker finished his long, long list, many of us were rolling on the floor laughing at ourselves.

It's unclear what the future of the PCUSA is, but in the end that's not important. What's important is that in some way we continue to offer to the larger church universal the special insights and understandings of Reformed Tradition theology, rooted in an acknowledgement that at all times and in all places Jesus Christ is head of the church.

(One of the good things to come out of the merger was the Presbyterian cross/seal you see here. See if you can find a pulpit, flames of Pentecost, a Bible on the pulpit, a dove and a fish within the dove.)

The usual pattern is to watch the health of popes deteriorate while in office. But Pope Benedict XVI did the right thing earlier this year by retiring. Now, however, reports say he's in terrible health and won't last much longer. It must help him know that he made the right decision to retire.