VANCOUVER, B.C. -- I'm always surprised when I give talks and ask my audiences which world religion has the most adherents. Inevitably someone thinks it's Islam. 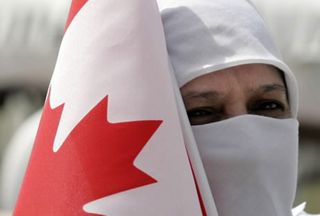 No, Christianity has some 2.3 billion followers, compared with roughly 1.5 billion for Islam.

But that's not to say that Islam isn't growing. Indeed, here in Canada it's the fastest-growing religion, as a new study reported recently.

As the story to which I've linked you tells it, "The Muslim population exceeded the one-million mark in 2011, according to the survey, almost doubling its population for the second-consecutive decade. Muslims now represent 3.2 per cent of the country’s total population, up from the two per cent recorded in 2001."

So, like the United States, Canada is having to figure out how to live in religious harmony with an increasingly pluralistic religious landscape.

Because I'm here for some personal time off with friends, I'm not doing much reporting about this or any subject, but I at least wanted to give you something of a picture of the kinds of religious changes happening here within the borders of our northern neighbor.