Over the decades, the question of what Christian churches did to oppose or support slavery in the United States has been an embarrassing one that many adherents of the faith have chosen not to explore, given that so much time has passed and that no legitimate church now supports slavery. 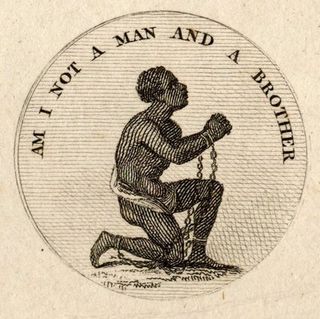 Issue settled. Let's move on. But hold on. We forget our own history at our peril.

The slavery question figured prominently in the formation of my own congregation. Second Presbyterian Church of Kansas City started at the end of the Civil War by 10 people who were opposed to slavery and, thus, were identified with the "New School" movement in the denomination. They broke away from old First Presbyterian Church, an "Old School," meaning essentially pro-slavery. It took another 100 years or more, but eventually old First Church in Downtown KC dwindled to almost nothing and eventually was merged into another congregation -- St. Mark Union Church, which is a predominantly black church. Nice irony, eh?

At any rate, my friend Glenn Carson, who heads the Disciples of Christ (Christian Church) Historical Society, has alerted me to an online exploration of the slavery question in his denomination. It's really well done and worth some time to explore.

You can find it by clicking here. Each section goes on in some depth, but you always can return to the starting place by clicking "home."

What I especially like about this historical display is that it is quite honest about the failure of the Disciples of Christ to be ardent advocates for freedom, though of course some Disciples were exactly that. But the church was split north and south and churches in the south tended to defend slavery, which, in fact, was true of many, if not most, churches in the pre-war south.

There should be a lesson to be learned here about other freedom movements, including the question of how to welcome gays and lesbians to all segments of ministry in congregations. But we're slow to learn, and lots of churches continue to stand as barriers to full inclusion in this matter. No doubt years from now they'll be as embarrassed about that as they are now about their support of slavery. At least one can hope so.

THE SAINTS ARE MARCHING IN

In many Protestant churches we speak of other members informally as "saints." Everyone is a saint, in effect. That's not the approach the Catholic Church takes, but it got a bit closer to that Sunday when Pope Francis presided over the canonization of more than 800 new saints. And as the piece to which I've linked you here notes, the choice of some of those saints may make relations with Islam a bit more difficult.