In the last few years, Mormonism has leaped into the public eye as never before -- in part because of "The Book of Mormon" successful musical comedy and in part because a Mormon, Mitt Romney, became the presidential nominee of the Republican Party in 2012. 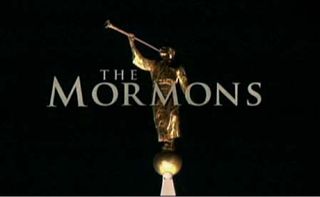 Indeed, the story of the founding and growth of the Church of Jesus Christ of Latter-day Saints is remarkable, and this weekend is a good time to pay a bit of attention to that because the church was organized on April 6, 1830, in New York state.

(For a couple of my previous posts about Mormonism, click here and here.)

The LDS Church began with Joseph Smith and a few followers. Today there are some 14.1 million LDS church members spread across 185 countries. And that doesn't count others who call themselves Mormons, from the roughly 200,000 members of the Community of Christ (formerly the Reorganized Latter-day Saints) to the up to 10,000 members of the Fundamentalist LDS church. Both the Community of Christ (with headquarters in the Kansas City area) and the FLDS are not part of the LDS today.

Traditional Christians have long struggled with the question of whether Mormonism is Christian. Its theology certainly includes Jesus Christ, but its theology is pretty far from the mainstream of Christian orthodoxy. And it has two books of scripture -- the Bible and the Book of Mormon, the latter of which tells the story of Jesus coming to what is now America after his resurrection to minister to people described in the Book of Mormon. To which a common traditionalist Christian response is: "Say what?"

Although Mormonism began in upstate New York, its center of gravity today is Utah. If the LDS were simply a business founded by the entrepreneurial Joseph Smith, today it would be considered a worldwide success story. As an American-founded religion it still is that, though its theology no doubt will always keep it on the edge of Christianity's mainstream.

(Oh, by the way, a reader points out that the Kansas City Chiefs new head coach, Andy Reid, is a Mormon who attended Brigham Young University and cntributed to Mitt Romney's 2008 and 2112 presidential races, at least according to the Wikipedia entry to which I've linked you here.)

THE WORD FROM BEYOND THE RIGHT-FIELD WALL

Did you know that Noah's flood was God's punishment against homosexuality? Me, either. But that's what some out-on-the-edge folks are saying. In any class taught about how to give religion a bad name, this would be high up on the list of examples.