There can be -- and often is -- a profound difference between an intellectual understanding of theological doctrines and an ability to live faithfully, especially through trauma, loss and disaster. 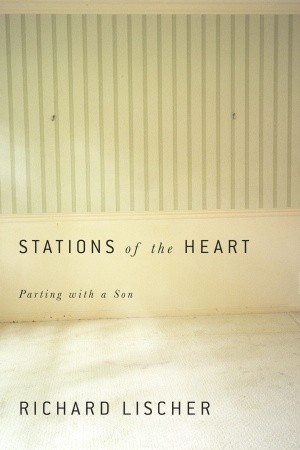 For instance, we can be perfectly capable of articulating one or more theories of atonement and yet when one of our children dies we may be at a complete loss for any logical explanation, at first being able to express only anger at God.

This is what Richard Lischer discovered when his son Adam, in his early 30s, called him one day to tell him his cancer had returned and that it would be fatal. In a matter of a few months, Adam was dead and Rick Lischer -- father, pastor, holder of a Ph.D. in theology and faculty member at the Duke Divinity School -- was flailing around trying to make theological or even just plain human sense of it all.

His new book, Stations of the Heart: Parting with a Son, is his effort, eight years after Adam's death, to walk himself and others through that journey toward death and what it has come to mean to him.

I'm not going to tell you lots of details about how Rick and his wife Tracy and their daughter Sarah lost Adam to cancer. But I will say that Rick Lischer is a lovely writer who understands not just the power of words but also what words to leave out of a story so that what we have here, in the end, is a spare but rich account humming with insight and electric emotion tamed by the written word.

We come away from this book with a new appreciation for the way in which we grieve, for what death means and, even more, for what life means.

And we come away with an affirmation that, in the end, a life of faith is not about neat packages of doctrine that explain everything. Rather, it's about trusting that we're part of God's story even if we can't explain why some things happen the way they do.

Lischer says that after Adam's death, life "continues to be a standoff between two implacable realities: love, which makes a dead man achingly present in the midst of an ordinary day, and time, which renders the same man irrelevant. No wonder the psalmist complained, 'I have passed out of mind like one who is dead.'"

This is a profoundly honest book and unsentimental in the extraordinary way that Ben Jonson's poem about the death of his boy, "On My First Son," is both unsentimental and poignant beyond words.

In the past few days here I've written about Islam and terrorism in the wake of the Boston Marathon bombings. In that spirit, I want to connect you to religion scholar Mark Silk's idea that Muslims would do well not to deny that this or that terrorist is a Muslim. He writes: "To own the worst as well as the best is to put your enemies in a position of having to recognize the best as well as the worst." I like that idea. Do you? Speaking of Islam, that theological wild man Pat Robertson now is comparing Muslims to Nazis. Robertson is like a train wreck. You don't want to look but it's hard not to.