Trying to understand Poland's relationship to the Holocaust can be extraordinarily difficult, frustrating and complex. 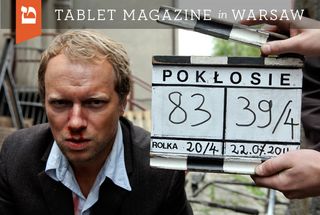 The essential facts are well known: About 90 percent of the almost 3.5 million Jews living in Poland when Germany invaded in September 1939 were murdered as part of Hitler's "Final Solution," the object of which was to rid Europe of all Jews. Germany built six death camps in Poland to help accomplish this evil.

But after that pretty much everything is disputed or up for grabs.

Did non-Jewish Poles contribute to the effort to murder Jews? Some surely did. Did non-Jewish Poles try to protect and save Jews from death? Absolutely some did, and my co-author, Rabbi Jacques Cukierkorn, and I recount some of the stories of such rescue in our book, They Were Just People: Stories of Rescue in Poland During the Holocaust.

But did the Germans also murder millions of non-Jewish Poles, including many of the intelligentsia, some of whom were also prisoners at Auschwitz? Indeed, yes.

Was there a long history of anti-Judaism (a theological position) and antisemitism (more of a racial stance) in Poland? Yes, and some of that still can be found today, bu0t it's also true that for a time in the 16th Century Poland was known as a paradice for Jews, and Jewish life and culture thrived in Poland as nowhere else.

You see? Nothing is simple about this matter. In our book, we tell of Jews who survived the war in large part thanks to non-Jewish Poles only to have other non-Jewish Poles spit at them for having survived.

Today Poland is wrestling with its history, and a new film is causing intense discussion and division, as recounted in this fascinating story from Tablet magazine. (The image from the new film you see here today is borrowed from the Tablet website.)

I invite you to give the story a read this weekend and to thereby gain a renewed appreciation for how tangled and complicated Holocaust history is in Poland.

Pope Francis I's co-author rabbi friend (I have someone like that in my life; see above) says he believes the pontiff will open up the Vatican archives to determine with more certainty what Pope Pius XII did or did not do in World War II to save Jews. It's an important question with (currently) many different and conflicting answers. I hope it happens, and soon.