In recent months I've written several blog entries (see the first, or far left, of the "Related Articles" below for the most recent) plus two columns (here and here) about seminary training and, more specifically in several cases, the move of St. Paul School of Theology to the campus of the United Methodist Church of the Resurrection (COR) in suburban Leawood, Kan. 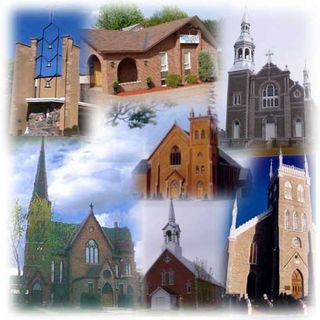 I come back to this general topic today because of this interesting article from "Inside Higher Ed," which religion scholar Martin E. Marty mentioned in this recent "Sightings" column

It's not hard to conclude that the same impressive waves of change that have swept over Christian churches in the U.S. in the last few decades are now affecting how seminaries do their work of training pastors. How could they not?

In fact, it's quite likely that most seminaries are behind the curve on change just as most churches are. What a surprise, eh?

The "Inside Higher Ed" piece focuses on Luther Seminary in St. Paul, Minn., one I mentioned in my Presbyterian Outlook column that mostly focused on St. Paul seminary's move to COR. Economic hardship has hit Luther. But perhaps this trouble provides an opportunity for that seminary -- and others -- to rethink how they do business. And by business I don't mean just economic business, though clearly that should be on the table, too. Rather, I mean the whole process of training pastors.

There are lots of questions to ask about this matter. Among them:

*Are students being trained to be pastors only in traditional churches or are they learning how to lead new worshipping communities that are springing up in bars, restaurants and grocery stores?

* Why are the Presbyterians the last Protestant denomination to require seminary students study Greek and Hebrew, the original languages of the Bible? Is the failure to require this leading to shallow and simplistic engagement with the biblical text for sermon preparation?

* Are students getting enough of -- and the right kind of -- field training so they won't go into their first parishes naive about what to expect?

* Have we thought anew about what ordination means and why we even need ordained clergy?

* Have we figured out how to weed out the many wounded healers who wind up failing at ministry because they haven't resolved their own issues first?

If you're a Christian, I hope someone in your branch of the faith is asking similar questions about seminary training. Clergy are terribly important but we need to make sure they're not 25 years behind the times.

Support for ordaining Christian women as members of the clergy has grown in recent years and now a large majority of not just Protestants but also American Catholics favors the idea. We Presbyterians have ordained women as pastors since 1956, but for my money even that was way too slow to get on the right side of history and the right side of what's right.