The ability of Americans to understand the Bible is complicated by the fact that originally it was not written in English. (You can change the word "Americans" in that sentence to almost any other nationality as you also change "English" to the language of that nationality.) 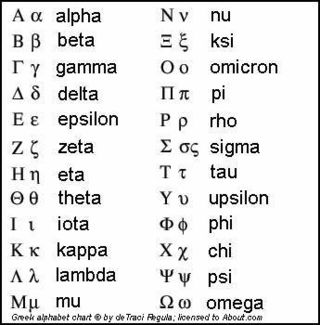 The Bible was written in Hebrew (the Hebrew Scriptures, or what Christians traditionally have called the Old Testament) and Greek (the New Testament), with a smattering of Aramaic, the everyday language that Jesus spoke.

But, of course, we have none of the original manuscripts. The oldest manuscripts we have go back to about the year 300. In fact, the scholars who produced the King James Version in 1611 had only about 15 total manuscripts from which to work. Today there are more than 5,000 manuscripts, some of them much older than the ones the KJV team used.

It's hard to have a full appreciation for the complexities of interpreting scripture and for the choices translators make without at least an introductory exposure to Greek and Hebrew.

Which is why I was part of a small group this past Saturday to get exactly that kind of introduction to Greek and the New Testament offered by David M. May (pictured here), who teaches New Testament at Central Baptist Theological Seminary and who also does some teaching at St. Paul School of Theology, where he offered this class. (By the way, David writes a good blog about New Testament matters that you can read by clicking here.)

If you take seriously the translation issues and understand a bit about the times in which the New Testament was written, you gain a new appreciation for the painstaking work scholars do to move that original Greek text into English -- and how, even so, they sometimes are simply guessing at what the original text means. And sometimes they turn out to be wrong.

As May says of Greek generally, "To know a little bit is to give you a greater appreciation of the biblical text. . .but also the world out of which it came."

Simple punctuation marks can radically change meaning, as May pointed out with his funny example of "Let's eat Grandma" and "Let's eat, Grandma."

With no punctuation in the original Greek text, every time a translator chooses this punctuation mark over that one in the English version, May says, "Punctuation is theology. Every editor and translator is making a decision about where commas go, where brackets go, where semi-colons, question marks, where quotes go. Every one of those is a theological decision, or translation decision, that may impact theological meaning."

One of the interesting questions raised by the study of Greek and the New Testament is whether Jesus spoke Greek. We know his everyday language was, as I've said, Aramaic. But May believes the evidence -- both cultural and biblical -- points to the probability that Jesus knew and also could converse in both Greek and Hebrew.

"Jesus," May told us, "was probably not just bilingual but trilingual, knowing some Hebrew, certainly knowing Aramaic and then knowing Greek to be able to interact with the larger community."

Well, it's impossible to get a thorough grounding in Greek or any language in a few hours of lecture even by someone as good as David May. But it's important to understand that without at least an introductory understanding of the nuances of language and the translation decisions that must be made word by word, verse by verse, our grasp of the sacred text will be diminished.

And this is true not just for Christians and Jews wresting with Greek and Hebrew. It's also true for Muslims, given that the Qur'an was written in Arabic. Indeed, strict Muslims would say that translation of the Qur'an into other other languages produces sort of a shadow of the true Qur'an, not the Qur'an itself, which is available only in the Arabic.

The Bible is an amazing collection of books collected over hundreds and hundreds of years and written by many authors. To view it as a seamless, inerrant whole with a narrative plot misses not just the logic of it own history but also the depth of its theological meaning. And what a terrible loss that is.

What do you do if you're a Muslim who has become -- or is becoming -- an atheist? It turns out there's an app for that. Well, not an app, exactly, but an organization described in this story. The endless variety of faith positions continues to amaze me.