There's something both odd and engaging about this brief period when the Roman Catholic Church is without a pope. 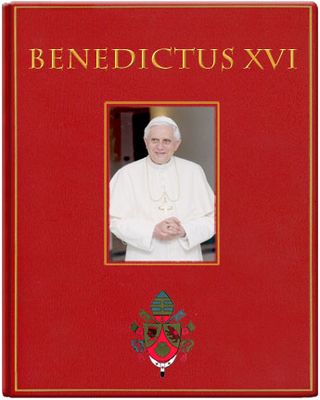 For most of the world it matters almost not at all. Even for most American Catholics it doesn't matter much, given how estranged they are from the Vatican's hierarchy. The ministry and worship life in their local parishes goes on no matter who, if anyone, sits on the throne of St. Peter in Rome. It's that ministry, that worship, that sense of community, that commitment to preaching the gospel that matters. And yet much of the secular press doesn't understand this and continues to give the pope story lots of play.

Last Friday, as I was reading this National Catholic Reporter piece by John L. Allen Jr. (who understands all this well and who has good reason to give it plenty of press) about how the upcoming conclave of cardinals would work to elect a new pope, it occurred to me that this will be sort of like watching a huge factory labor to produce a steam locomotive for a train -- one fired by coal pitched in by hand.

Clearly that kind of steam engine is history now. And in many ways the papacy is quickly moving toward historical irrelevance, too. The general movement of both religion and culture around the world is toward decentralization. The world, as Tom Friedman noted several years ago in his book of the same name, is flat. And getting flatter.

And yet just as there is something charming and remarkable about the rituals and traditions of the British monarchy, so there is something magnetic that draws us toward the papacy. I wish it was solely that the pope is a voice for goodness and morality in a world that seems to lose its moral compass almost daily, but I'm afraid it's just that in addition to bread, we love circuses.

So for most of the world, the process of picking a new pope is little more than entertainment. And it's becoming increasingly just that even for many Catholics who, despite the church's desire to continue building steam locomotives, love the church deeply.

HOW MILITARY CHAPLAINS ARE CHANGING

The role of chaplains in the military is evolving, and here's an interview with a scholar who has written a book about that. I've long supported public funding of military chaplains as long as they represent the many religions of the people in uniform. I think they provide an essential support to the troops necessary for the job asked of those troops and, thus, it's a worthwhile expenditure of tax money and not an unconstitutional subsidization of a particular religion.