Sometimes, without meaning to do so, we play into the hands of knaves and fools. The late Kurt Vonnegut, Jr., one of my favorite authors, noticed this possibility in the then-new (or relatively new) field of Holocaust studies when he wrote a letter about those studies in 1980. 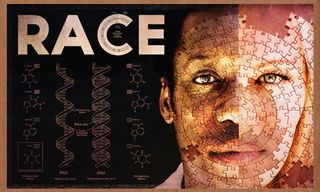 The letter can be found in the new and wonderful collection of such letters called, not surprisingly, Kurt Vonnegut Letters, edited by Dan Wakefield.

The 1980 letter is to Harry James Cargas, author of Conversations with Elie Wiesel and then a professor of English at Webster University in St. Louis.

Vonnegut was worried that the people studying the Holocaust were "in danger of making reputable the quack physical anthropology and cultural anthropology of Hitler's time. Hitler had emotional reasons for wishing to make Jews easily distinguished from the general population of Europe. No reputable scientist then or now could make such a distinction."

Vonnegut's argument is in harmony with later findings of the Human Genome Project, which concluded that race is essentially a political or social construct, not a biological one. Thus, there is no "race," to use Hitler's terms of thinking, of Jews.

Vonnegut once studied anthropology at the University of Chicago, where, he wrote, he "was told that there was no way a Jew could be described or identified. Jews in Europe were just more Europeans, physically and intellectually."

But, he worried, "Holocaust studies may again make Jews as seemingly distinctive as Hitler cruelly imagined them to be. . . .Any responsible study of the Holocaust, it seems to me, must begin with the question: 'What is a Jew?' It should be said that there is no scientific answer, can be no scientific answer. Any other reply has its roots in superstition."

It's my reading that generally Holocaust studies since Vonnegut wrote that have steered clear of the trap about which he warned. But any specialized study of any presumed group of people -- whether blacks or women or gays or WASPs or some other collection -- runs the danger of reinforcing and ultimately solidifying a destructive stereotype.

But before I reach a final conclusion on all this, maybe I should check with my Jewish and black and female and gay and WASP friends -- assuming I can pick them out of a line-up.

IT'S TRUE, SO HELP ME GOD

Conventional wisdom that says adding "so help me God" to the oath a president takes started with George Washington is wrong -- but only by about 100 years, this report says. And those words are not part of the official oath, nor should they be.