It has been my lot to have to forgive people who did terrible things that affected me. Or at least to think about whether I could forgive them. 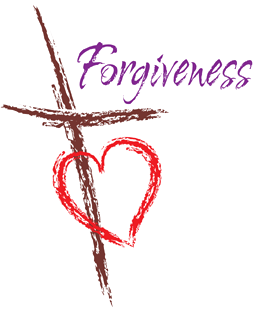 There were the 9/11 hijackers whose actions resulted in the murder of my nephew, a passenger on the first plane to smash into the World Trade Center. And (not to equate this with 9/11) there was the pastor and my then-wife, both of whom betrayed me by having an affair.

So I will be the first to confess that forgiveness is not easy. Sometimes, for some people, it's impossible. The question is whether people of faith are required to forgive.

This is a question dealt with in an opening piece in the current issue of Theology Today, from which I'll quote here soon.

And this is a question -- especially in a Christian context -- that my friend Doug Hundley, a writer and teacher, and I will help people think about in a seminar we'll lead April 26-28 at Kirkridge Retreat Center in Pennsylvania. I hope you'll join us. Really. Think about it. The link in the paragraph will tell you what you need to know.

In the Theology Today piece, Nancy J. Duff and Gordon S. Mikoski of Princeton Theological Seminary describe how difficult the questions surrounding forgiveness can be.

"From the perspective of pastoral realism," they write, "we have to say that often forgiveness can be granted to a perpetrator only after an arduous and agonizing process. . . .Unlike divine forgiveness, human forgiveness can occur at the conclusion of a long and extremely painful process that includes expressions of anger and grief."

We like to use simplistic phrases when it comes to this subject, such as "forgive and forget."

But of course almost nothing is that easy. The Theology Today piece isn't available online, so I can't link you to it. But I can repeat my invitation to join Doug and me at Kirkridge in April to unpack what it might mean to forgive and to be forgiven. And so I do.

I also can start you thinking more about forgiveness by linking you to this recent New York Times magazine piece about forgivness in the criminal justice system. Long but well worth a read.

FREEDOM OF RELIGION (AND OPINING)

President Obama certainly has taken some criticism about religious freedom, especially from some Catholics. I think much (but not all) of that criticism is misguided. But I was glad to see this presidential proclamation yesterday reminding us about the importance of religious freedom. No doubt some folks will attack it, too. So it goes.