This past Sunday, I preached at a vespers service in the chapel of Aberdeen Village, a Presbyterian-related retirement community in Olathe, Kan. 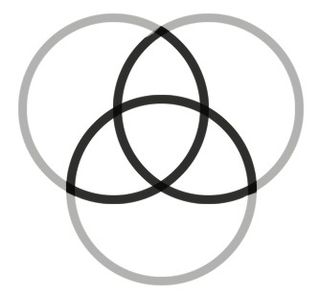 I've preached there several times over the years. They keep inviting me back, hoping, I suppose, that eventually I'll get it right.

My sermon was rooted in a passage from Isaiah as well as one  from the Gospel of Luke having to do with the baptism of Jesus. Although what I'm about to reveal I said there wasn't in my original text, I decided to throw it out anyway to see who might salute or who might run me out of town on a rail. Neither happened.

Here's what I said, in paraphrase: Like the Apostle Paul, Jesus was always a Jew. There was no Christian religion yet for either one to "convert" to. So when we think about the Holy Trinity, one of the things I think we're obligated to say is that one of the three persons of the Trinity is a Jew.

How about them apples?

In the incarnation, the idea that theologians call kenosis suggests that Jesus left behind his divine privileges when he became human flesh. However, I would argue -- and I think some theologians would agree with me -- that after his resurrection and ascension, Jesus was forever connected to his humanity. And in his human form he was Jewish.

Traditional Christian theology proclaims Jesus fully human and fully divine -- what is known as the hypostatic union. But what does it mean that he was and is fully human? It means, among other things, that one member of the Trinity is a Jew.

That's my story and I'm tentatively sticking to it unless a Christian theologian whom I trust can talk me out of it.

No doubt theologians have dealt with this in some way over the centuries, but I confess that in all my reading I've never run across a flat-out statement that one member of the Holy Trinity is Jewish -- until I made it in my sermon. So what have I got wrong about this? And if I'm right, why aren't we Christians just saying this aloud to one another? And why aren't we talking about what it may mean for Christian-Jewish relations?

WHICH UNION, CIVIL OR SOVIET?