I am going to go just slightly off topic in this post, but if it helps, you may think of this as an addition to my periodic complaints about how well the media cover religion. Only broader. 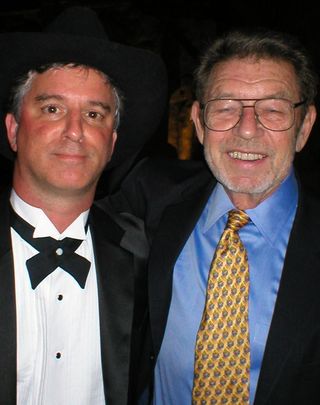 Let's start with the sad news: This week my good friend Dave Lieber, the "Watchdog" columnist for the Fort Worth Star-Telegram, was laid off after 20 years on the paper. Dave is phenomenal. A force for good. The Energizer Bunny of journalism. (In the photo here today, you see Dave, left, with the legendary New York columnist and author Pete Hamill.)

I've known Dave since before he started work in Fort Worth, back when he was a reporter for the Philadelphia Inquirer and a wanna-be columnist. He and I once worked together through the National Society of Newspaper Columnists to create National Columnists Day, which is every April 18.

So I want Dave's life -- as well as those of his sweet wife and great kids -- to go well.

But now he's become one more bit of collateral damage caused by the monumental failure of newspaper leaders across the country to anticipate change and be ready for the technology they now blame for their troubles. This failure causes newspapers around the country (The Kansas City Star just lost another 17 good employees) to trim their staffs and do other budget-cutting moves to remain profitable and survive.

But this is not simply a business failure story. It's also a story of how these newspaper leaders failed -- and continue to fail -- the American public, which needs high-quality journalism as the foundation of good citizenship.

My own experience at The Star, where I was a full-time employee for about 36 years, told me that at almost every juncture, newspaper editors and their business managers sought to make necessary and inevitable changes slowly and cheaply. Thus, when technology began to shift the ground under their feet, they failed to be visionary about how to adapt.

When I began my career (I graduated from the University of Missouri School of Journalism in 1967), we reporters typed on manual upright typewriters and our words were translated into hot-lead type on Lineotype machines operated largely by hand. As each new wave of technology emerged, starting with perforated tape that could be run through Lineotype machines to produce type much more quickly, editors and business managers were slow to change, sometimes even when change could mean the financial savings they idolized. 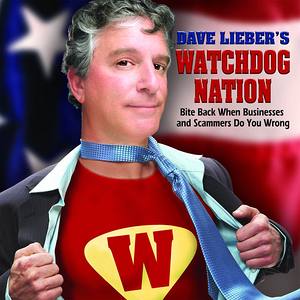 After computers came on the scene, The Star (other papers often were equally as stuck in the past) adopted a weird system in which we'd type our stories on paper with IBM Selectric typewriters and then those stories would be run through an "optical character reader," or scanner, to turn them into type, and eventually type meant not hot lead but something close to offset printing.

We were not allowed to write our stories on computers, though editors could edit them on early-version desktops.

The technology train was coming down the tracks and was sure to change our newspaper world dramatically, but newspapers (to mix metaphors) often tried to go on a boat ride with one foot on the shore.

I remember that on 9/11, long after much of the industry had adapted to a PC world of "Windows," I was still having to split my computer time between a badly outdated Windows version 3.0 and a DOS-based composing program. To use one, I had to get out of the other.

It was in the early to mid-1990s that I begged my editor to let me have Internet access on my office computer so I could help write our editorials about this newly hot area of life and share with my colleagues what I was learning. Eventually I got access, and I remember writing a note to my editorial page colleagues telling them I think I had discovered the online gold mine. It was called the World Wide Web. Imagine that. In effect, I was making discoveries that my superiors at the paper should have been telling me about long before I happened upon them.

It would take a long time for newspapers to embrace all this technology -- and by the time they did (sort of) they often cannibalized their subscription base by giving away for free online what they were charging print subscribers to read. Most newspapers continue to struggle with all of this, though many have begun to recognize their stupendous failure and find ways to catch up.

So as a result of this failure,  I've seen dozens of journalists lopped off from The Star's payroll over the last six or seven years and I've seen friends around the country -- many of them, like me, members of the National Society of Newspaper Columnists -- lose their jobs. Dave Lieber is just the latest, though his separation from his paper makes so little sense, given how much he has brought to that paper and how eager a promoter of the paper he's been. You can tell his can-do attitude by reading his comments in the story to which I linked you here earlier.

Among the people who have been burned by the failure of newspapers to adapt to technology are readers who care about matters of religion and ethics. Those areas traditionally have been inadequately covered by media everywhere but now it's getting worse. At The Star, for instance, Helen Gray, who has been religion editor since The Flood, just retired a few days ago. No one has been named to replace her, though one of the news editors will oversee production of the weekly Faith section.

In all of this, readers have been abandoning print editions of newspapers, even though the nation still is deeply dependent on quality journalism from newspaper reporters to understand the world around them. I suspect one of the results of this lack of reliable and fair information is the profoundly incompetent and deeply divided Congress we have elected. (When I say "we" I mean that absurdly small percentage of the population that votes, including the small segment of that segment that keeps well informed.)

Well, my friend Dave Lieber will land on his feet. But the people who need what he and other good journalists do around the country will be impoverished by his absence. It didn't need to be this way. Maybe I can talk Dave into writing the definitive book about how leaders of newspapers created this astonishingly costly failure.

THE ALPHA AND THE OMEGA

The U.S. tax code, it's reported, is now 10 times longer than the Bible. Maybe it's time to change the name to the Eternal Revenue Service.