In the three-plus years since the University of Missouri Press published They Were Just People: Stories of Rescue in Poland During the Holocaust, my co-author, Rabbi Jacques Cukierkorn, and I have tried to stay up to date on the people whose stories we told there.

The sad news, as I've previously noted here, is that four of the Jewish survivors have died, Sheila Bernard, Anna Schiff, Felix Zandman and Maria Devinki. They were amazing people whom we were blessed to get to know. (Look for a post about them among the "Related articles" below.

But among the more satisfying post-publication stories is one that comes from a survivor named Jerry Koenig (pictured below on the right), who now lives with his wife in the St. Louis area.

When Jacques and I were in Poland to do interviews for our book, we went to the hometown of the Goral family, who saved Jerry and nearly a dozen other Jews by hiding them in a barn quite near the Treblinka death camp. Jerry's father had made a deal with a farmer that if he hid his family and they survived the war he would give the farmer the farm land the Koenigs owned nearby.

In the limited time we had, we asked civic authorities there about the Gorals and sought unsuccessfully to speak to religious leaders there who might be able to tell us whether the Goral family survived. But we turned up nothing.

We even were led -- in a terrific rainstorm -- to the home of a Goral family, but it turned out they weren't the right Gorals and had no knowledge of the Gorals for whom we were searching. Neither did anyone else. It was frustrating, but we reported in our book our efforts and our failure.

But now comes the good news that -- despite suspicions among some members of Jerry's family that antisemites may have killed the Gorals right after the war for hiding Jews -- the Gorals survived. 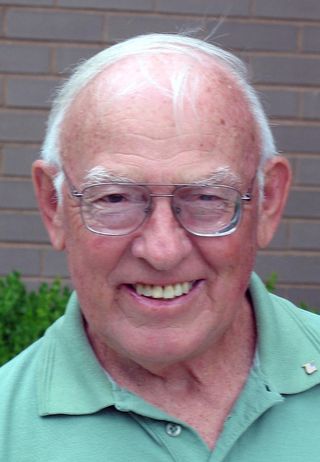 Here's some of what the Koenigs have learned, as reported in an e-mail to us from Jerry and his wife Linda:

"A Polish historian is writing a series of articles on his home town, Kosow-Lacki, during the war. He found a copy of your book, and discovered the Goral family/Koenig family story. In about September 2012 he was in Warsaw at a party, and there by chance met the granddaughter of Jan and Alexandra Goral. (T)he historian also found Mike Koenig's book (Mike is Jerry's brother), so contacted him. From that set of circumstances, (the historian) gave Mike the granddaughter's name and e-mail address. We have corresponded twice with her in recent weeks by e-mail, asking and answering lots of questions.

"The granddaughter, Teresa, has told us that the only living member of the family who hid the Koenigs and others is the oldest of the Goral daughters. Teresa is her neice. Teresa is probably in her 70s. Her aunt is definitely 94 years old. Teresa listened well to the stories her grandparents, mother and aunt told her, and she even took notes. Most of the story she tells jibes exactly with what Jerry and Mike remember also.

"Of particular interest to us is what happened to the Gorals after the war. Teresa says the elder Gorals lived on their farm the rest of their lives. The farm promised by the Koenigs was parceled out during the Communist regime so they never realized ownership of that farm. The daughter-in-law who lost the baby in the farm house (Tammeus note: The story of the death of that baby is told in our book), eventually had four more children with her husband. That family moved at some point to another town. One of the teen-age daughters whom Jerry and Mike remember died at age 20, due to an operation gone wrong."

So as that correspondence continues, the Koenig family will begin to get a clearer picture of the wonderful family that saved their lives.

In the meantime, Esther Ingber, the daughter of another survivor in our book, Zygie Allweiss (pictured at left), has been in correspondence with people who are helping to sort out in more detail the story of how Zygie wound up for a time serving in the Soviet armed forces under the name of the Dudzik family who saved him and his brother by hiding them on their farm.

In our book we told Zygie's story as he and members of the Dudzik family told it to us, and now the Allweiss family (Zygie lives near Detroit) are filling in some details and clarifying various points.

History is an on-going process, and in some ways it's Judaism's insistence on the importance of memory that is bringing a few updates to some of the stories we told in our book.

WHERE WERE THE HUMANISTS?

This intriguing story asking where the humanists were after the Sandy Hook Elementary School schootings quotes, among others, a Kansas Citian. If secularists can't somehow offer the kind of deep sense of community that religious groups can at a time of crisis, they'll be missing something important.