If you pay the slightest bit of attention to how Islam is portrayed in the media (a term I use here to encompass not just news organizations but also TV, radio, the blogosphere etc.), you know that especially since the 9/11 terrorist attacks Islam has been pretty well battered in the U.S. 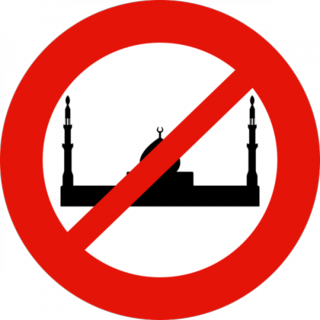 This anecdotal perception now has been confirmed in a new study by a University of North Carolina-Chapel Hill sociologist. The study is just now being published in the American Sociological Review.

As the press release announcing the study says, "messages about Muslims have moved from the fringes of public discourse into the mainstream media since the Sept. 11 attacks."

As someone who has worked in the so-called mainstream media for more than four decades, I have something of an insight into how this can and does happen.

First, reporters want to make sure that they tell as many sides of any story as there are. So in writing about Islam -- or any faith -- there is likely to be material that puts the religion in a bad light, along with material that is more complimentary.

But there's more at play here. First, few reporters are well versed in religion in general, to say nothing of Islam in particular. And the same is true of their editors. So the reporters wind up not being very good judges of what is plausible and what isn't. In such cases, people who have prejudicial, even hateful, messages about Islam are more likely to get a hearing than if journalists were better grounded in the faith, its history and its practices.

This is simply one more example of why the U.S. needs good, thorough journalism devoted to fair coverage of matters of religion -- something of which it has precious little.

Yes, I blame news outlets for a lot of that, but part of the problem is with consumers of news because they rarely demand better. They will gripe if their favorite sports team seems to get slighted in news coverage or if their favorite comic gets dropped from a newspaper.

But they are mostly silent about the lack of coverage of religion -- in part because they themselves are often religiously illiterate. Well, their religious illiteracy is both a cause of the lack of consistent coverage and a result of that dearth.

When did you last complain to a news outlet about inadequate coverage of religion?

By the way, to read a copy of the new study in pdf format, click on this link:  Download ASR_Dec_2012_Bail_Study_Final

ANOTHER VOTE ON WOMEN

The Church of England, which recently failed to approve consecration of women as bishops, plans to try again soon. Imagine the embarrassment down the road of having to tell your granddaughters that there was a time when the church treated women so discriminately.

P.S.: If you've been getting a daily e-mail about this blog through FeedMyInbox.com, that service is going out of business. As an alternative, I recommend Blogtrottr at http://blogtrottr.com/. Even if you haven't previously used FeedMyInbox to get a daily alert about my blog, I still recommend you use Blogtrottr so you don't miss any upcoming brilliance. (Can I say that? Yes. In fact, I just did.)