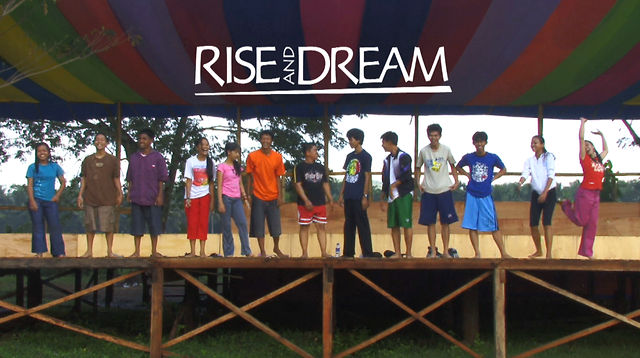 A couple of years ago I was privileged to see clips from a documentary-in-progress that involved the talented Kansas City area musician Barclay Martin.

That film now is out as "Rise and Dream," and features children in the southern Philippines (seen in the photo above) who, amid cultural and political upheaval, learn how to use local musical instruments to perform on what the movie promotional material calls the biggest stage of their lives.

The film is a project of the Christian Foundation for Children and Aging (CFCA), which works with people in poverty around the world.

The film has had several screenings in recent weeks in the Kansas City area, though at the moment it appears none is scheduled here. (Sorry I didn't get to this topic a bit sooner.) But if you're in Lake Buena Vista, Fla., it will be shown there by the National Conference on Catholic Youth Ministry on Wednesday.

When I saw an early version of the film I found it fascinating and quite inspiring. And obviously others agree, because the movie just received the Reel Rose Best Documentary Film Award at the John Paul II International Film Festival earlier this month at Florida International University. (Here's a piece about the film's world premiere this past February.)

Keep your eyes peeled for a showing of "Rise and Dream." You'll be glad you did.

WAS JESUS A FEMINIST?

I liked this BBC piece in which a woman argues that Christianity and feminism are not mutually exclusive. One good way to think about this is that there is the world into which Jesus came -- a patriarchal world of empire. Then there is the world toward which Jesus would move us -- a world of human dignity, equality and liberation.