Once more we have seen a powerful male leader brought to ruin because of an inability to resist sexual temptation. 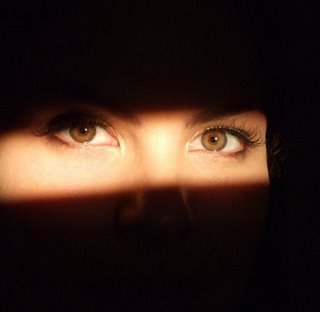 David Petraeus, head of the Central Intelligence Agency, is in a long line of men -- many famous, many not -- who have been unable to stop themselves from adultery.

One explanation, of course, is the old joke that when God created males the arrangement was that they could have blood in their brains or in their penises, but not in both at the same time. Maybe, but it's way too cute to stand the weight of eternal truth.

What is striking about all of this is that adultery is even covered in the Ten Commandments. And, just for the record, God is against it.

Countless books have been written about the sex drive -- in both males and females -- and you may find your favorite theory among the many proposed there. I do think that at a basic level the sex drive has to do with survival of the species. We are somehow driven to reproduce.

But can that foundational instinct account for why presidents (I'm looking at you, Bill Clinton, JFK and several others) and others in a position of power cave in to out-of-marriage sex?

And especially in today's sex-saturated culture, when every thought you put into an e-mail or a comment on Facebook is ultimately available to the entire cosmos, why do presumably smart people drop themselves almost willingly into the mud?

The only answer I have to explain any of this comes from the Reformed Tradition of Protestant Christianity, in which I locate myself. There you find a doctrine called "The Total Depravity of Humankind." It's not as bad as it sounds, but it does suggest that all of us, as the Apostle Paul wrote, sin and fall short of the glory of God. Not one of us is purely righteous.

This doctrine needs lots of commentary and explanations, but I do think it acknowledges that human nature includes the capacity for evil as well as for good. And if we forget that, we will be forever disappointed in one another (as we may well be anyway).

THE FAITH OF THOSE IN CONGRESS

The nation's shifting religious landscape is showing up in Congress. A new survey from the Pew Forum on Religion & Public Life shows the newly elected Congress contains the first Buddhist to serve in the Senate, the first Hindu to serve in either house and the first "none" to serve. This trend toward pluralism will only increase.