Back in the early 1970s, I did a series of articles for The Kansas City Star about the ways in which downtowns in various cities, including Kansas City, were trying to recover from years of decline. 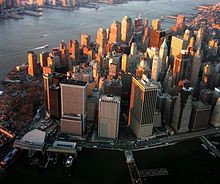 For that series I (with a bit of help from a coworker) wrote about what was happening in St. Louis, Cincinnati, Minneapolis, Denver and Oklahoma City.

Here and there we found some things that were working, but downtowns still hadn't found a path back to economic and social health.

In the last decade-plus, Kansas City's downtown has come roaring back to life, though parts of it still need help. And in other cities, too, downtowns have begun attracting all kinds of activities, including, it turns out, faith communities that are finding homes in the center of urban areas.

An editor-at-large of Christianity Today recently took note of all this religious focus on downtowns in this Wall Street Journal column. It's worth a read to see how especially Christians who identify themselves as evangelical are creating ministries in downtowns.

Indeed, some of this is happening in Kansas City now, too, with such relatively new congregations as Resurrection Downtown and revitalization of such historic congregations as Grand Avenue Temple.

So the movement of faith communities to downtowns also makes biblical sense.

(The photo here today shows Manhattan. I found it here.)

P.S.: From 7 to 9 p.m. this Thursday, Nov. 1, and on Thursday, Nov. 8, I'll be teaching an essay writing class at The Writers Place in Kansas City. Details are posted on the TWP website here (for non-members) and here (for members). Hope you can join us.