When it comes to religion and how it affects the lives of its adherents, almost no subject is beyond study by scholars. 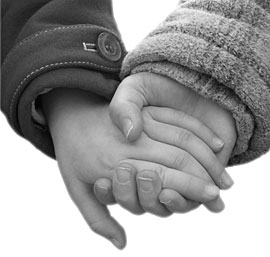 For example: A new study has found, in the words of a press release about it, that "Hindus and Muslims are less likely than Christians and Jews to have premarital sex, and Muslims are the least likely among people of these religious groups to have extramarital sex."

The study, not surprisingly called "Religion and Sexual Behaviors," was done by Amy Adamczyk, an associate professor of sociology at John Jay College of Criminal Justice, and Brittany Hayes, a Ph.D. student in John Jay’s Criminal Justice program.

Details about the study appear in the October issue of the American Sociological Review.

As anyone knows who has followed the long and often-bitter debate in Christianity about what the Bible says about homosexuality (see my essay on that subject under the "Check this out" headline on the right side of this page), when it comes to sex and marriage, religion has been all over the map over the centuries.

So when reading about a study like this new one, it's best to remember that whatever it finds represents simply a snapshot in time -- a snapshot likely to change next year, if not even next month.

That's not to say that the great religions don't have some useful guides for how we should be approaching the subject of human sexuality. But what constituted "family values" in the time of, say, King David or King Solomon 3,000 years ago can be rather different from what they are today. And what they are today often depends on who is defining them and for what purpose.

See? Life is complex and nuanced.

Note: I'm in Chicagoland for a few days with Rabbi Jacques Cukierkorn giving talks about our book, They Were Just People: Stories of Rescue in Poland During the Holocaust. Until I return in a day or two I won't be adding a second item to these posts.