If it wasn't clear before the 9/11 terrorist attacks it was certainly clear afterward that among the many reasons people resort to violent extremism is a sense of economic hopelessness. 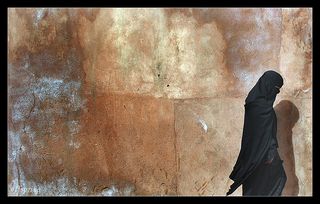 This doesn't account for all religiously rigid idealogues willing to murder innocent people in pursuit of radical goals. But poor people who are either uneducated or narrowly educated and who know they aren't part of an economic system that functions well for many others naturally are more prone to fall for solutions that may involve violence. They figure they have little to lose and maybe something to gain.

More than a decade later, so little has happened as a result of the Doha Round that University of Kansas law professor Raj Bhala has offered a three-part analysis, or trilogy, of what went wrong.

As Bhala explained in a recent e-mail:

The thesis of the entire Trilogy is that the Doha Round is a failed counter-insurgency operation. That is, the Doha Round has lost nearly all links to its original purpose. That purpose was trade liberalization to spur development in a post-9/11 context in which extremism is wrongly perceived by some disaffected, impoverished, and thus marginalized Muslims as an alternative to stake-holding in the world trading system.

Why this failure? Because the WTO Members have succumbed utterly to the pursuit of commercial self-interest, so their Doha Round dealings have become a monstrous mishmash of minutiae. The Members have produced draft-negotiating texts that are so devoid of vision and so replete with exceptions that they are not fit for a dog’s breakfast. To use a different metaphor, Members have turned the Round into an exercise in Social Darwinism, forgetting the common good—to use multilateral trade liberalization to fight poverty and thereby Islamist extremism.

What we are given here is a vision of greedy economic and government leaders licking their lips before carving up the world some more. It's disgusting, and we can do better.

Bhala's work is important, though it's long and complicated. I don't expect many of you to read through it all, but I wanted you to have it in pdf format if you are interested in his analysis.

So here are links to the three parts of it:

If people don't have some realistic stake (or hope for a stake) in a fair economic system that gives them a chance to live in something beyond grinding poverty, they will have incentives to want to protest in ways that can -- and often do -- turn violent.

If you want a good, realistic look at the condition of just the Arab part of the Muslim world soon after 9/11, I commend to you this 2002 report to the United Nations, which found that "the predominant characteristic of the current Arab reality seems to be the existence of deeply rooted shortcomings in the Arab instutional structure."

Bhala's work shows that the bleak state of affairs found in 2002 hasn't changed much.

By the way, if the name Raj Bhala sounds familiar to you regular blog readers, it's because I wrote about his large book explaining Shari'a, or Islamic law, last year here and here.

Among the seven people the Catholic Church declared saints this past weekend was the first Native American to be so designated. After 1492, many Native Americans were cannonized, so it's nice to see one finally canonized. Big difference.