Let's return today to the question of whether gun control is a religious issue. 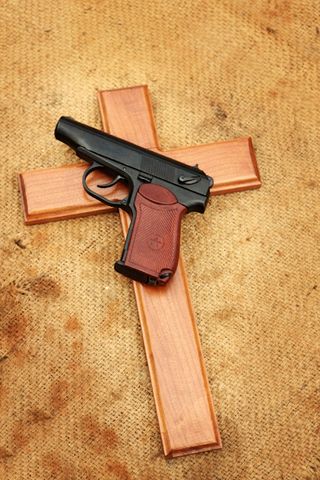 If the great religions hold life to be sacred and worthy of respect and protection, as they do, then surely  the answer is yes.

The object of gun control is not to keep guns out of the hands of hunters or to forbid individuals from owning weapons with which to protect themselves. Such ownership clearly is constitutional even if some of us think it's unwise to have weapons in our homes.

But when people like the shooters in the July 20 Colorado theater murders or the Aug. 5 Sikh temple murders in Wisconsin can acquire weapons with which to commit mass murder, something clearly is wrong. The question is why aren't more people of faith speaking out and working for better laws that would help prevent such catastrophes.

Until tighter restrictions on the sale and ownership of weapons are in place, we can expect angry, deranged and/or misguided people to continue this kind of slaughter. We may not be able to prevent their anger or their mental illness, but we can at least try harder to protect ourselves from the violence such conditions can lead to.

Each death in such disasters will be a mark of the failure of people of faith to take the matter more seriously.

(The art here today accompanied the Religion News Service piece to which I linked you in the first paragraph above.)

BUT TO WHOM DO THESE THINGS HAPPEN?

One of the things I think it's important to do with national disasters, such as 9/11 and the shooting at the Sikh house of worship in Wisconsin, is to personalize the stories. I tried to do that after 9/11 by telling readers about my nephew, a passenger on the first place to strike the World Trade Center that day. And the Sikh writer of this engaging piece has sought to do that in the most recent catastrophe, too.

P.S.: A great book I reviewed last year here now is out in paperback: The Meaning of the Bible: What the Jewish Scriptures and the Christan Old Testament Can Teach Us, by Dougas A. Knight and Amy-Jill Levine. In either version, it's well worth a read.