Because human beings are relentlessly curious (or should be), we all want to know what made James Holmes snap and why there are 12 dead and dozens wounded after the theater shootings in Aurora, Colo., last month. 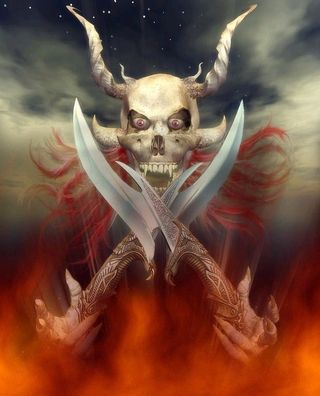 I knew it wouldn't take long for some people to propose simplistic reasons that had to do with religion.

And Mike Huckabee, once a governor and then a GOP presidential candidate, says the nation has a "sin problem," the result of which can be mass murder.

Then there was a member of Congress from (where else?) Texas who argued that America has lost God's "protective hand" because we've forbidden public officials to lead prayer in public schools.

I do not know why Holmes did what he did. And neither do you. And neither does anyone else (probably including Holmes). Same with Wade Michael Page, the shooter this past weekend at the Sikh temple south of Milwaukee.

What I do know is that saying that the devil made him (or them) do it is so simplistic as to blcok any serious discussion of the nature of evil and the ancient questions of theodicy about why there is any evil at all in the world if God is good and cares.

My guess is that what happened to Holmes and Page was a complex mix of things that cannot be easily identified or categorized. It would not be unlike trying to get inside the mind of someone who has committed suicide. In the end, that's impossible, though that should not prevent us from trying to identify some factors that may lead someone in that direction and working to counter such factors.

But complex results cannot be explained with simple answers. Satan is a simple answer. My advice is to reject simple answers. You may tell Satan I said so. (The Satanic image here is from http://www.layoutsparks.com/pictures/devil-evil-0. It's not one of my original photos.)

If, like me, you're a registered voter in Missouri, don't forget to vote "no" today on the Missouri Prayer Amendment, a foolish piece of demagoguery. I expect it to pass, but eventually the courts should rule it is legal trash. I wrote about this proposal in more detail here.