Between birth and death, countless occasions -- some planned, many not -- would go better with healing rituals. 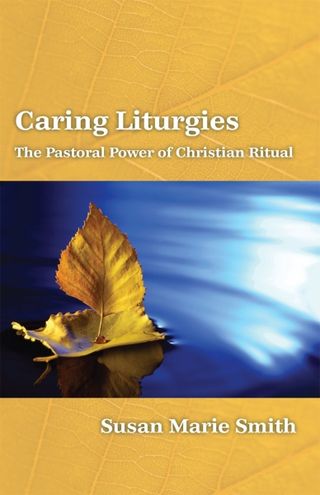 How do you properly mark the end of a 27-year marriage so both individuals can catch their breath and move into the future as healthily as possible?

What can be said or done when the moment comes to move aging parents out of a home in which they've lived for 55 years?

And how might it be possible to create a metaphor or symbol that would honor a man transitioning from a long career in the ministry to a time of retirement?

The Rev. Susan Marie Smith, a former Kansas Citian and author of the just-released book Caring Liturgies: The Pastoral Power of Christian Ritual, thinks that in each case some kind of creative, ritualistic act is needed. And she makes a persuasive case for that belief in this needed book.

Smith, now rector of an Episcopal church in Ohio, lays out the theological and pastoral case here for such rituals, which, she argues, help those involved understand their context so they can move to the next phase of their life as unwounded as possible.

What she wisely does not do is to create a book of cookie-cutter rituals to use for all occasions. That's because she understands that each situation is unique. Indeed, the work needed to create an appropriate ritual or liturgy can be part of the healing process.

Full disclosure: As she was writing this book, Susan asked me to help her edit and organize it, though the folks at Fortress Press did the final editing. As I was working with Susan on this task I also was chairing a visioning task force at my church, and in our final report we recommended that our congregation gather together people who could help create the very kind of caring liturgies Susan recommends in her book.

Working on the book reminded me of the several times in my life (divorce, unexpected death in the family, more) in which a healing ritual would have helped me. But none was available or no one suggested it. And, thus, I struggled more than necessary with each situation.

Healing rituals, of course, do not change the reality of whatever the situation is. They won't make everything all better instantly. But they can help name the reality and give participants tools to be able to gather themselves and begin to see a way forward.

The Catholic and Episcopal traditions are much better at this sort of thing than most of us Protestants. But all traditions -- indeed all faiths -- need help with this area.

And this book is a great place to start.

THE BLACK AND WHITE OF AKIN-THINK

The proper and necessary condemnations of Rep. Todd Akin's outrageous remarks about "legitimate" rape have cascaded across the political spectrum. In some ways, it's good for Republicans and Democrats to be united again on something. Thanks, Congressman Akin. What struck me about all of this was how representative Akin seems to be of people who decide public policy positions on the basis of rumor and superstition and not on the basis of empirical data, reason and principles of goodwill and love. Here's a good commentary about that subject. The thinking that Akin reflected in his original remark (and not in his later clarification) is similar to the thinking derived from a strictly literal reading of the Bible -- you know, that Earth is only a few thousand years old, that macro-evolution is a fairy tale, that women should shut up in church. And on and on.

P.S.: My friend Alvin Brooks, former mayor pro-tem of Kansas City, will speak tomorrow morning about faith and domestic violence at a breakfast hosted by the Newhouse Shelter. You were supposed to have reservations in some days ago, but it looks like there's flexibility for you to attend. Details you need are in this pdf document: Download Day of Prayer letter.