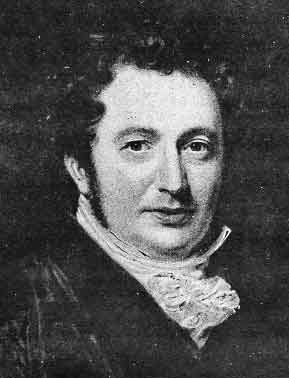 First, it's the anniversary of the death on this date in 1834 of Robert Morrison (depicted here), said to be the first Protestant missionary to China.

Second, it's always worth asking why adherents of one faith think it's a good idea to travel the globe seeking converts.

Morrison, a native of England, is best remembered for his work in translating the New Testament into Chinese and then eventually the entire Bible.

Morrison lived in an era when colonialism was spreading European culture and dominance throughout much of the world. And with colonialism came also Christianity into areas where it either had never been or was not dominant.

It's one reason that still today in some countries and cultures, Christianity is seen not just as a religion but also as a representative of foreign dominance. Clearly not all Christians in the 17th, 18th and 19th centuries were colonialists. Indeed, in the 1700s the Jesuits were perceived to be operating against the interests of colonialism and the entire order was abolished from 1773 to 1814.

Even in the 20th Century, some Christian missionaries were seen as arrogant flag-carriers for colonial powers and Western culture. Perhaps the best book describing that is Barbara Kingsolver's novel, The Poisonwood Bible.

All that said, many missionaries have done -- and today continue to do -- marvelous work. That work is made even more effective today because most missionaries have left behind cultural arrogance and do their best to work in harmony with the people whom they seek to serve.

I don't see a time when Christians and others, including Muslims, will abandon efforts to spread their faith through missionaries or missionary-like efforts. But there's a big difference between confronting local people with a salvation system that they are told they must adopt, on the one hand, and demonstrating what mercy, justice, peace and love really look like, on the other.

It's the latter that missionaries should be about, whether they know anything about Robert Morrison or not.