Yesterday here on the blog I wrote about the shameful anti-Mormonism than infects almost one in five Americans who say they would refuse to vote for a Mormon for president. 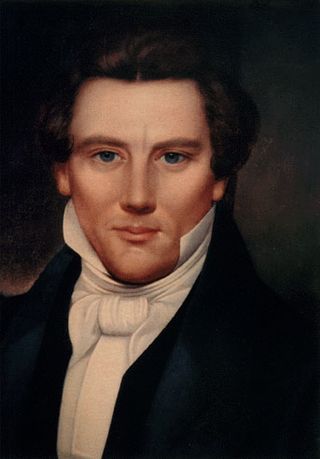 I'll follow that up today with a reminder that anti-Mormonism is nothing new. Indeed, on this date in 1844 an armed mob in Carthage, Ill., killed the founder of Mormonism, Joseph Smith (depicted here), along with his brother Hyrum.

The Smiths at the time were in jail. The specific charge had to do with Joseph Smith ordering an offending printing press destroyed (and then fleeing the state), but there also was widespread uneasiness because Joseph Smith, by what he called divine revelation, a year earlier had authorized polygamous marriage for members of the Mormon community.

I know that this kind of violence with religious overtones seems so 19th Century, but, of course, we have seen examples of exactly that in various forms in our era.

On the list of incidents of religiously tainted violence you will find the 1993 conflagration at the Branch Davidian home outside of Waco, Texas. The year-later analysis pieces about what happened there that I wrote for The Kansas City Star can be found in my first book, A Gift of Meaning.

And, of course, the 9/11 terrorist attacks were nothing if not violence driven by a radical vision of religion, in that case Islam.

In between there have been church burnings, antisemitic attacks on synagogues and much more. One of the better books of recent years on this general subject is When Religion Becomes Evil, by Charles Kimball. It deals with religious fanatics who use violence, however, and not so much with bigoted people who turn violent against religion.

(By the way, my friends over at ReadTheSpirit.com have written about the death of Joseph Smith today, too. To read their take, click here.)

A Scottish newspaper reports that an American science textbook put out by a fundamentalist Christian organization says the Loch Ness monster is proof of Creationism and disproof of evolution. There's a technical name for such claims -- SilliNess.