I have a clergy friend whose wife developed odd neurological symptoms that for many years went undiagnosed. 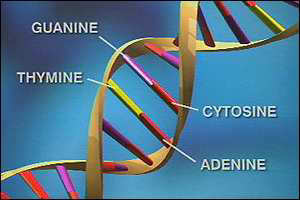 By the time anyone figured out that she had Huntington's Disease (HD), she and her husband were the parents of several children -- each of whom, unbeknownst to the parents, inherited a 50 percent chance of developing this terribly destructive and fatal disease.

I bring up this case to remind all of us that they and many, many other families and individuals today are wrestling with ethical issues growing out of the countless advances in genetic sciences.

How much do our genes define who we are? What obligations do we have to get genetic testing done so we know whether we're at risk of getting (or passing along) some illness? If we know we carry a potentially devasating genetic disease, whom are we morally obligated to tell? How private should our genetic information be? And on and on.

A man I met a few years ago, Robert L. Klitzman, director of the masters of bioethics program at Columbia University in New York, has written an enlightening and profoundly helpful new book precisely for those of us (well, all of us, really) who have entered this new world of genetic information now that the human genome has been completely sequenced.

Am I My Genes?: Confronting Fate and Family Secrets in the Age of Genetic Testing offers the thinking of dozens of individuals who have struggled with these genetic issues in their own lives.

Klitzman interviewed 64 people who faced one of several diseases, including HD, and in this quite readable book he describes the stories of how they worked through the implications of genetic testing and all that follows. There are lots of quotes -- almost always instructive, sometimes painful -- from the 64.

One of the most appealing aspects of Klitzman's book is how realistic it is in terms of the uncertainties surrounding the current science.

"After all," he writes, "genetics is still a relatively new field, and current scientific knowledge remains limited." The result is that "much genetic information will be in terms of relative probabilities, rather than absolutes."

For people who want clear, black-and-white answers about all of this, Klitzman's book serves as a useful warning that such clarity now simply is impossible. As a result, the ethical issues one faces when it comes to decisions about genetic testing will, in fact, test the wisdom of any Solomon around.

More than that, the future apparently doesn't hold the promise of radical clarity soon: "Rapidly advancing genetic research will confront us with ever-new complities, dilemmas, ambiguities, and tensions."

One more reason to read this book so we can think through as much as possible what we need to know now and be prepared for however the science changes in the days and years ahead.

MACON, Ga. -- I'm here for the annual conference of the National Society of Newspaper Columnist (a group that once put up with me as president). And as soon as I checked in at the registration desk yesterday our host, Macon columnist Ed Grisamore, told me he was anxious for me to learn about what a deeply religious community Macon is -- with, he said, more churches per capita than any city in the country. Which, he acknowledged, is a claim others make, too.

A big and lovely Catholic church is on our itinerary for Saturday, So I look forward to getting the flavor of Macon, though I'm not sure how much religion can be sneaked into a conference called "Macon Whoopee."