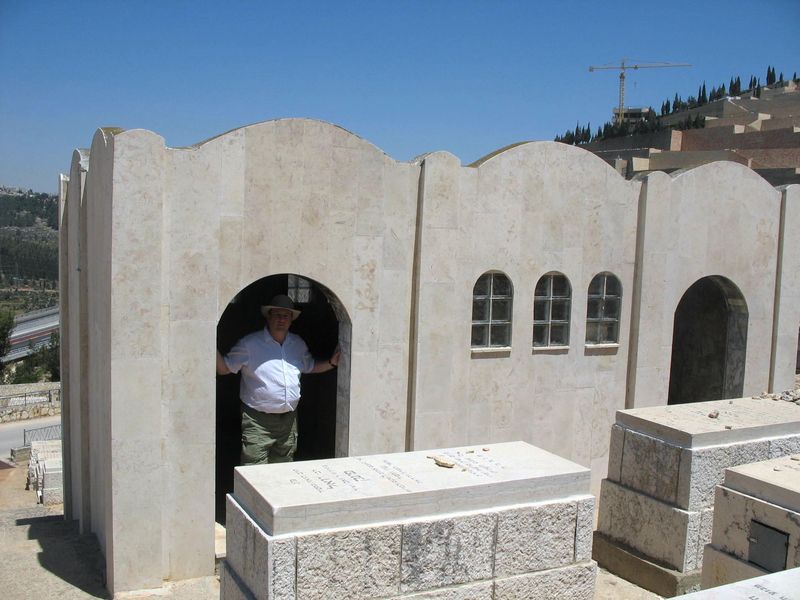 JERUSALEM -- If you hang around Rabbi Jacques Cukierkorn for very long you discover that the man is simply gaga over cemeteries. 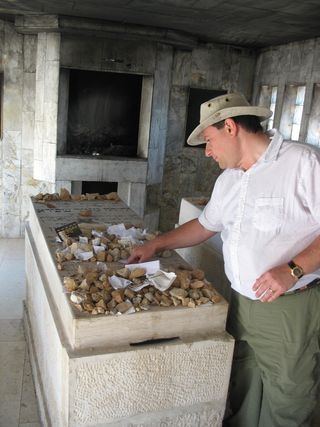 Which is one reason we get along so well. I write a lot about death, and cemeteries fascinate me, too. So on our recent Jewish-Christian study trip to Israel, we made several side trips to various cemeteries at Jacques' insistence.

One of these stops brought us to the burial place -- an ohel -- of a famous rabbi, Meir Shapira, who, it turns out, is the uncle of Jacques' maternal grandmother.

Shapira, once a prominent rabbi in Lublin, Poland, was instrumental in the creation of a yeshiva, or school, there that Jacques and I visited a few years ago when we were in Poland doing interviews for our book, They Were Just People: Stories of Rescue in Poland During the Holocaust.

But Shapira, whose remains now are entombed here in Jerusalem in the Har Hamenuhot cemetery, is best known for creating a system under which people study one page of the Talmud each day until they have read the whole thing in seven years. Jacques tells me about a million people around the world now participate in this system.

The link I gave you above on Shapira's name describes all of that.

Inside the ohel is Shapira's grave, as well as a book shelf and space for people to pray and meditate. On top of his tomb we found the customary stones people leave on Jewish graves as a sign of honor and remembrance for the dead as well as many notes of prayer. (In the top photo you see Rabbi Jacques at the entrance of his relative's ohel; in the other photo you see him reading the Hebrew inscription on the tomb.)

I've now been to Jewish cemeteries with Jacques from Poland to Israel to Pennsylvania to just outside Lawrence, Kan. Maybe some day he'll invent a cemetery-a-day visitation system and, at his death, be given the honor of being buried under a prominent ohel like his grandmother's uncle.

WHAT MOTIVATES OUR KINDNESS?