I am helping to lead a 10-day Jewish-Christian study trip to Israel. We left the U.S. this past Sunday. My plan is to post entries about our trip here as I have the opportunity, but that may not be possible daily.

Today we have the option of attending morning Shabbat worship services at Hebrew Union College. Later we'll enter the Old City and do a walking tour.

We'll visit the Church of Saint Anne and continue along the Via Dolorosa, viewing the Stations of the Cross, finally arriving at the Church of the Holy Sepulchre. There we are to tour the many chapels and visit the Hill of Calvary and Jesus' tomb.

Next we'll walk through the Christian Quarter, Jewish Quarter and Arab Quarter and then view the Tomb of David at Mount Zion and the Last Supper Room. 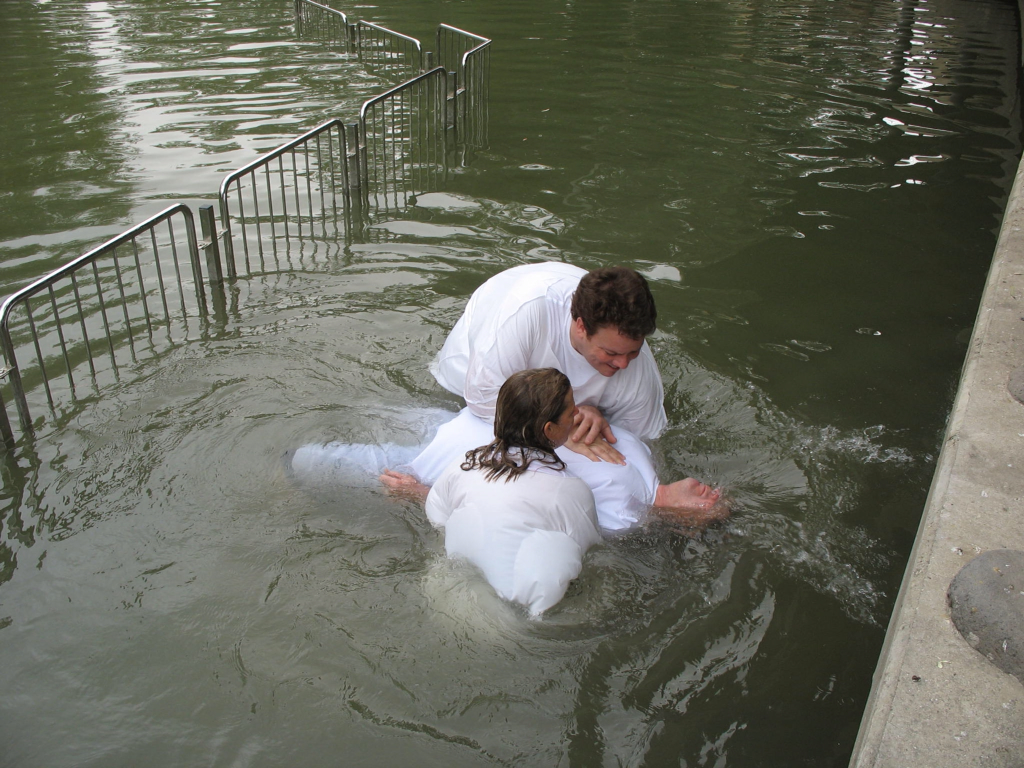 ON THE RIVER JORDAN -- In traditional Christianity, Baptism is a one-time event. Once it's done, it's done forever.

So what happened here with three of our tour members on the banks of the River Jordan, in which Jesus himself once was baptized by his cousin John the Baptist, was not a rebaptism.

Fr. Gar Demo, an Episcopal priest who, with me and Rabbi Jacques Cukierkorn, is helping to lead this trip, was nothing but clear about that.

Rather, it was a ceremony in which people remembered their Baptism (often done to infants, so they in fact have no memory of it) and/or rededicated themselves to their baptismal vows to be disciples of Jesus Christ.

And yet the people who experienced full immersion in the chilly Jordan said afterward that it was deeply moving to them.

Later that evening at dinner, one of the Jewish women on our trip was asking my friend Grant about the experience. (You see Grant being immersed in the photo here today.)

Grant said that although he was raised in a Christian household and has been a member of Christian churches in his life, he has some differences with the teachings of traditional Christianity. Nonetheless, he said, he simply could not pass up the opportunity to experience what a full-immersion Baptism would feel like in the same body of water where Jesus Christ was Baptized.

The longer he and the Jewish woman talked, and the more I spoke to the others who had gone through the experience, the more it seemed as if somethings are simply beyond words to describe.

It's not that we don't feel things marrow deep, it's that sometimes the only response that adequately covers what we've felt is silence, which, as we all know, can speak more profoundly than words. 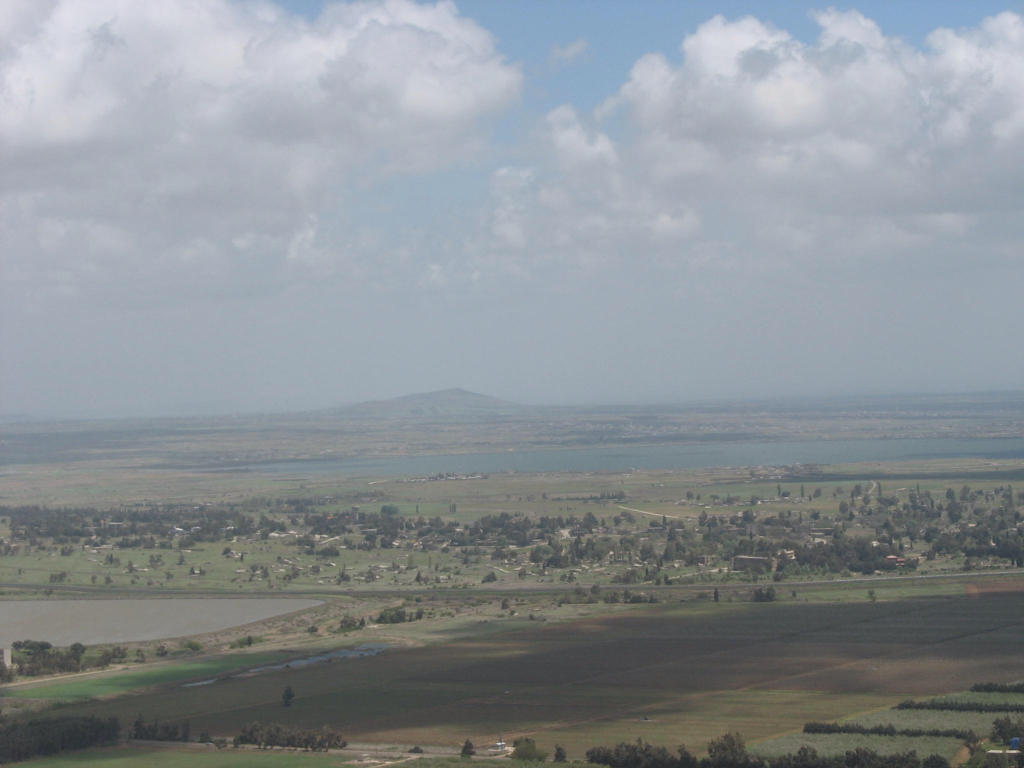 THE GOLAN HEIGHTS, Israel -- Over and over we've all heard about this territory that Israel took control of in one of its wars with its Arab neighbors. But to be here in person is to get a moving sense of how close everything is, how near Israel, which is smaller than the state of Vermont, is to Syria, Lebanon, Jordan.

I could see Syria from the Golan Heights. Indeed, in the photo I took that you see here, the second body of water toward the horizon is in Syria. I could not have Syria hitting a golf ball (not the way I hit golf balls) from where I took the photo, but it was not outside the realm of possibility that if I teed off from where I was on the first hole -- Syria would not be terribly far off the 18th green.

Similarly, at different points along the road we've been able to look into both Lebanon and Jordan. And our guide told us stories of how Israel and its neighbors have made different border arrangements over the years because, well, they had to so order of some kind could be kept.

I have been to the Holy Land before and to other areas in the Middle East, but it's easy, from the distance of the central part of the United States, where I mostly hang out, to lose track of the limited space in which the contest for this land holy to so many faiths goes on. This is a dispute being carried on not on a continent-size platform but on a thin slice of the planet.

And here on the Golan Heights, as a chilly wind whips past us, we stare at Syria and wonder whether it is the next land to lose its terrible government to people who are tired of being badly governed. The land that disreputable government controls is, from here, a nice walk away.