I am helping to lead a 10-day Jewish-Christian study trip to Israel. We left the U.S. on Sunday. My plan is to post entries about our trip here as I have the opportunity, but that may not be possible daily.

Today we are to visit the ancient Roman ruins at Beit Shean and the mosaics of Beit Alpha.

Then we head to Jerusalem. We're scheduled to visit the Mount of Olives, from which we should see good views of Jerusalem's Old City.

Tonight we are to welcome Shabbat (the Jewish sabbath) with the people of Jerusalem at the Western Wall. 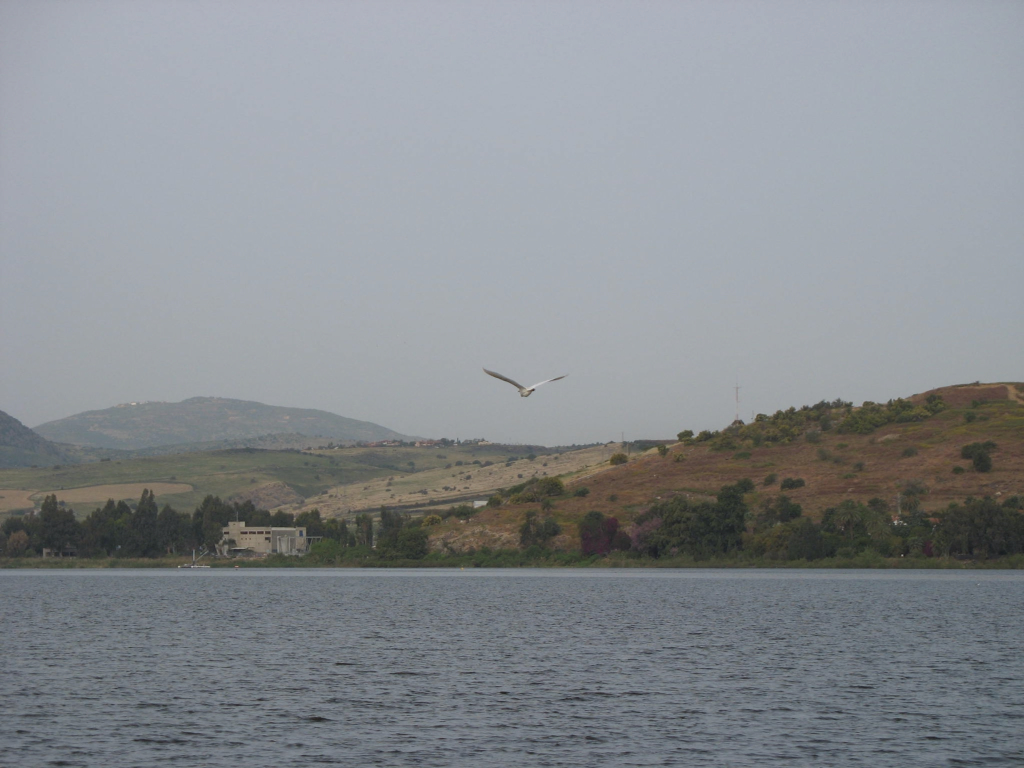 TIBERIAS, Israel -- Well, the truth is we didn't spend a lot of time here in this old biblical town, but we stopped in the center of it for half an hour or so at the end of a long day of touring the Galilee, starting with a boat ride on the Sea of Galilee.

But while we were there my bride and I wandered by several quite old structures in the middle of modernity, which in many ways is a metaphor for Israel today. 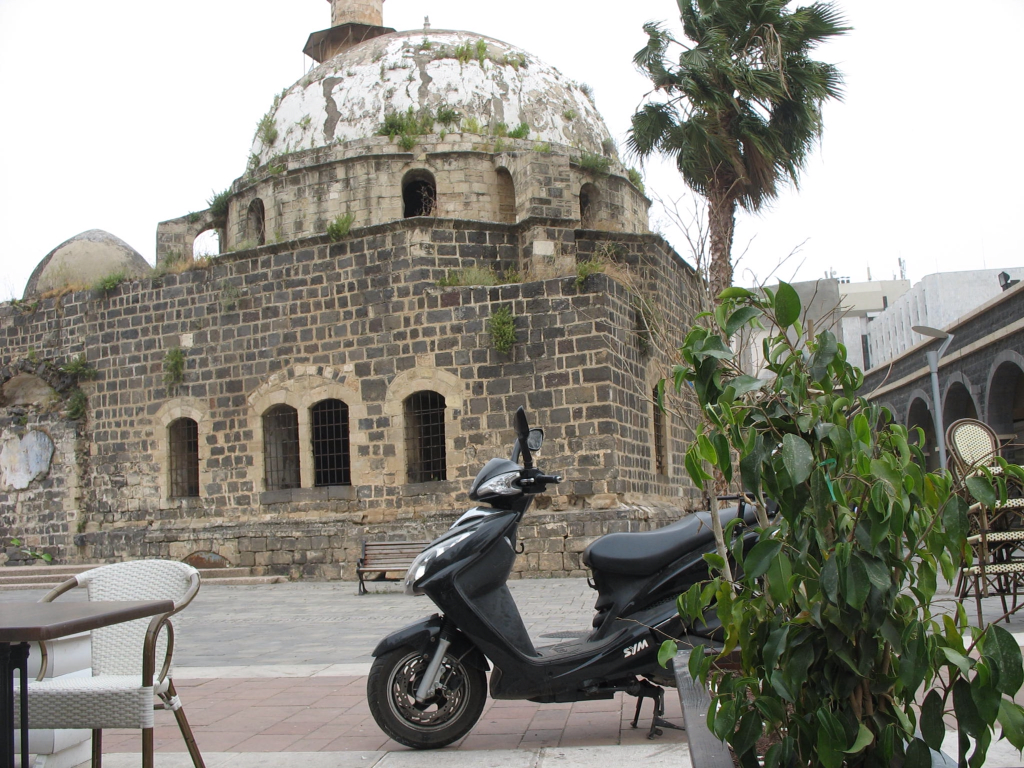 There was an old Crusader building later taken over by the Ottomans. Today it is a tourist center. And there was an Ottoman-era mosque -- slowly disintegrating, surrounded by modern shops. You can see it here in the photo at left, with the new motorcycle in the foreground.

Everywhere you go in Israel, it seems, there are layers and layers of history and, thus, layers and layers of structures -- from excavated ruins to modern skyscrapers. And with each layer comes a history of a people who created that layer -- and an attachment to that history.

Indeed, that attachment often is so deep that anyone who thinks his or her layer of history is more important than anyone else's layer gets defensive and intolerant -- and, sometimes, violent. This land is piled with Jewish, Christian, Islamic and other kinds of history in ways that often clash and burn. In some ways, Israel is a marvelous treasure -- a beautiful, mature woman with a history -- that everyone wants.

And so we see archeological digs uncovering the past next to construction equipment ready to bring in the future.

And over it all hover the spirits of Abraham and Sarah, Isaac and Ishmael, Rachel and Jesus, Paul and Muhammad, Ariel Sharon and Yasser Arafat, each with cheerleaders and critics, all crying to be heard.

(I took the photo above the Tiberias dateline here today from a small boat on the Sea of Galilee. The sea gull floating above the water is not the Holy Spirit as a dove, but if you wish you may think of it that way. The photo below shows me planting a tree at a Jewish National Fund site -- a tree I planted in memory of the late Stanley Morantz, the father of the friend in Kansas City I've known the longest. Before my trip, my friend gave me some information about trees in Israel that his father and mother had arranged to have planted in Israel.) 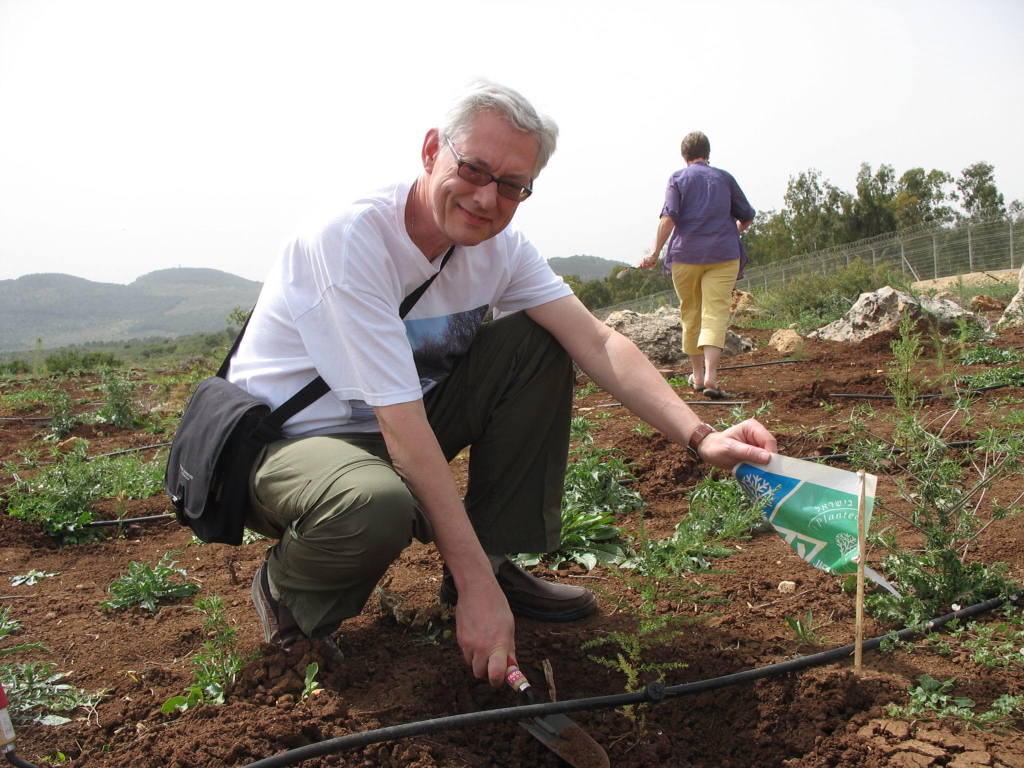