As someone who took nearly 40 hours of history (much of it American history) as an undergraduate, I am regularly surprised -- if not even somewhat embarrassed -- by events and developments in history of which I've never heard. 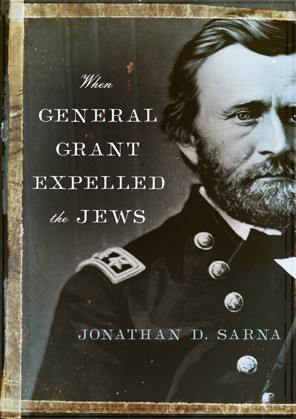 The latest example: Did you know that Gen. (later President) Ulysses S. Grant once issued a military order expelling "Jews as a class" from the area he was in charge of in the Civil War?

I had no idea.

But historian Johanthan D. Sarna, in his compelling new book, When General Grant Expelled the Jews, tells the fascinating story and its aftermath. (The book is scheduled for publication next week but can be preordered now.)

In some ways, Grant's order affected very few people -- perhaps 100 Jews were relocated -- and President Abraham Lincoln, disgusted by it, rescinded the order soon after it was issued. But its effect should not be measured in simple numbers and time, Sarna argues.

Rather, the order was an almost-shocking revelation to the approximately 150,000 Jews living in America then that the ancient anti-Judaism and antisemitism that plagued Jews in Europe and the Middle East for centuries -- what Sarna called "Old World prejudices" -- had taken root in the New World. (For my own essay on anti-Judaism in Christian history, look under the "Check this out" headline on the right side of this page.)

And Jews began to worry, Sarna says, that with the freeing of the slaves in the U.S., blacks would rise in power and reputation while Jews would sink to become the bottom of the social barrel. (It seems now an odd worry, given the prominence of Jews in the Civil Rights Movement less than 100 years later.)

Although Grant later apologized for his short-lived order -- and then essentially refused to talk about it -- it played an important role in Jewish self-identification in the U.S. And eventually it was something Grant overcame on his way to becoming a friend of and supporter of many individual Jews and some Jewish causes.

In the end, in fact, this is a book of hope, ending with these good words: "In America, hatred can be overcome."

DOES HIS HOT AIR AFFECT THE WEATHER?

When, oh, when, will Pat Robertson quit talking about weather as God's punishment? Now he says the recent Midwest tornadoes could have been prevented if only people had prayed more. I hate to give such theological poppycock more attention, except for the fact that lots of people seem prone to buy into such nonsense.

P.S.: If you missed the live-streaming of the Buddhist fire and water ceremony in Africa that I mentioned here the other day, you may watch a YouTube video of it here.