As new generations of people study World War II and the Holocaust, they pretty quickly begin to ask two questions: 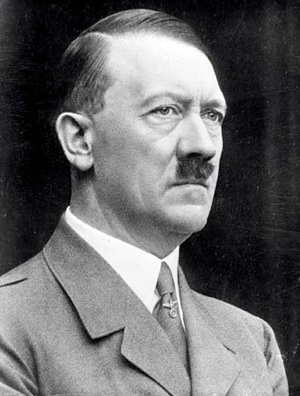 Well, the answers to those questions are complicated but, in essence, both can be answered this way: Some did, just not successfully.

There are many examples of Jews resisting (in various ways) the Nazi regime's eventual plans to exterminate all the Jews of Europe. But many scholars have concluded that one reason there was not more resistance is that "The Final Solution" -- meaning a plan to murder Europe's nine million Jews -- was so outrageous in scope, so stupefying, that it was simply unbelievable and, as a result, not many Jews believed it -- even after it began happening. (In the end, about six million of the nine million Jews were murdered.)

As for plots to stop or murder Hitler, there were several of them, too. And one of them involved the Lutheran pastor Dietrich Bonhoeffer, who eventually was caught and executed by the Nazis just weeks before Hitler's regime collapsed.

Today is a good day to be talking about all of this because it was on this date in 1943 that yet another plot to assassinate Hitler failed. As you can read at the page to which I've linked you, a Nazi colonel agreed to be a suicide bomber to nail Hitler, but a matter of timing caused the plot to disintegrate.

History is nuanced. Simple answers that the Germans were just happy sheep following a mad man or that Jews were weak sheep led without resistance to the slaughter fall apart under careful examination.

Just as there are many kinds of Presbyterians, Jews and Muslims, so there are many kinds of Catholics -- a subject of this interesting column by Frank Bruni in The New York Times. He focuses on GOP presidential hopeful Rick Santorum, a Catholic, and why he's not getting as much Catholic support as Mormon Mitt Romney has been getting. Bruni's conclusion is that its because of "most American Catholics’ estrangement from an out-of-touch, self-consumed church hierarchy and its musty orthodoxies." As you can tell, Bruni's words aren't swiped from Vatican press releases.