It was an odd fate that resulted in the great 20th Century Christian writer, C.S. (Jack) Lewis, dying on the very day on which President John F. Kennedy was assassinated 48 years ago today. 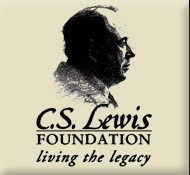 I was a freshman in college on that date and spent that weekend completely focused on the news about Kennedy, barely aware, therefore, that the world had lost the brilliant Lewis.

Nonetheless, Lewis today continues to be remembered and celebrated. There's even a C.S. Lewis Foundation, which now is seeking to create a C.S. Lewis College.

And, of course, it should be no surprise that various wings of the Christian church over the years have claimed Lewis as one of their own or have selectively picked out some of his words to defend their own positions on this or that.

But what I most enjoyed about Lewis was his unfailing ability to speak deep truths through both fiction and nonfiction. His writings about the death of his wife, Joy, have especially been meaningful (and useful in teaching about death) to me. (The Lewis book to read on that is A Grief Observed.)

If you've never sampled Lewis, you might want to start with Mere Christianity. I still go back to it from time to time though there are parts of it that I think Lewis got wrong.

So while you're remembering JFK today, don't forget Jack Lewis.

Anyone who has studied the Hebrew Bible has heard the myth that Moses wrote the first five books, collectively called the Torah, or the Pentateuch. The theory falls apart on many levels, not least of which is the impossibility of Moses describing his own death. But scholars have proposed several alternative theories, with as many as four sources being cited. But a new computer analysis of the Torah suggests two primary sources. (By the way, on Friday of this week here on the blog I'll be doing a review here of Philip Jenkins' new book, Laying Down the Sword, in which he talks at some length about the various sources and authors of the Torah. He does not, however, cite this new research.) Speaking of matters related to the Bible, the National Geographic has done this excellent piece about the 400th anniversary of the publication of the King James Version of the Bible. Have a look.