A week or so ago, the Federal Bureau of Investigation released its annual statistics on hate crimes, and what struck me about the stats is also what struck the folks at ReligionClause.Blogspot.com, which was this: 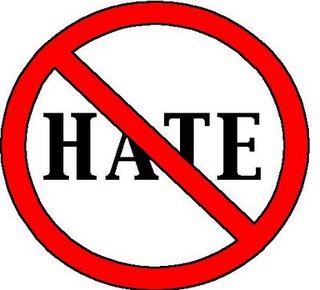 "Of the 6,224 single bias incidents reported in 2010, 20 percent were motivated by religious bias -- second only to racially motivated hate crimes, which accounted for 47.3 percent of the incidents."

(The author of the ReligionClause blog is Howard Friedman, an emeritus law professor at Toledo University.)

So what motivates religious hate crimes?

I thought the maverick Episcopal Bishop John Shelby Spong had some useful insights about this when he spoke recently at Unity Village near Kansas City.

Well, that may not be an exhaustive answer, but in my experience religious hate comes out of fear, ignorance and insecurity. In a pluraistic culture like America, we have the opportunity to educate one another about our faiths to defuse fear and, ultimately, hate crimes and violence.

It's the mandate of our time.

Part of the job of a religious leader (and, well, follower for that matter) is to speak truth to power. That's what Pope Benedict XVI did the past few days in Africa, as he called out unethical and brutal dictators and told them to shape up. But it's also what lay leaders and prosecutors are doing here and abroad as they move against the church's unacceptable responses to the priest abuse scandal. If the church itself needs to be a prophetic voice -- and it does (and often is) -- the church also needs to hear prophetic voices speaking about it.