Almost every religion has a mystic tradition, which is to say each has people who have valued -- and say they have had -- a direct experience with God. 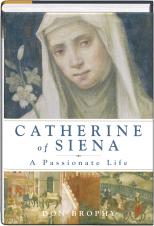 I once asked Bishop Robert W. Finn of the Catholic Diocese of Kansas City-St. Joseph (by the way, Finn and the diocese were charged with Class A misdemeanors Friday in a case related to the priest sexual abuse scandal) to describe a Catholic understanding of mysticism. His reply, in part:

"Catholicism certainly embraces an authentic mysticism. It would be difficult to compile any list of saints that do not include mystics (both from contemplative and active life). Indeed the Universal call to holiness emphasized by the Second Vatican Council was a reminder that we are all called to a deep intimate prayer which urges us – by the action of God’s grace in us – to transforming union. . . Catholic understanding of Mysticism excludes ideas of the 'annihilation or absorption of the creature into God,' but emphasizes rather a living presence and intimate union with God the Creator, Who is contemplated by the creature in His Divine essence."

What intrigues me is that this desire for an internal, personal, deep experience of God seems to be present as much today as it was in the 14th Century, when Catherine of Siena lived and wrote and taught -- a life that in 1970 earned her the high title of "Doctor of the Church," designated by Pope Paul VI. Indeed, the biblical witness suggests that humans have longed for this mystical experience from the very beginning.

So Brophy's new book can and should speak to a new generation of seekers.

What Brophy does so well in this work is to recreate something of the atmosphere of the 1300s in Italy -- a time when religion set the agenda in all of life, when it may have been a bit unusual but certainly not unique for people to see visions and to dedicate themselves to spiritual practices in profoundly committed ways.

That's the atmosphere into which Catherine -- one of 25 (count 'em, 25, not all of whom survived childhood) children -- was born. She turned out to be a remarkable woman: smart, dedicated, insightful, strong. As Brophy notes, it would be out of place to call her a feminist because she would not even have understood the term as we use it today. But she certainly has been a model for some today who do what has been called feminist theology.

If mysticism in general and Christian mysticism in particular has ever interested you, Brophy's new book would be an excellent way to dig deeper into the subject. And along the way you will meet a fascinating woman whose words and thoughts still matter today.

ANOTHER BLOW TO RELIGIOUS LIBERTY

Here's one more reason I'm glad I live in the United States. Now Kazakhstan is restricting religious freedom more. Why do the leaders of so many nations fear religion? Oh, I know there are religious extremists who are causing the world all kinds of headaches, but does attacking them mean everyone has to have less freedom?