DETROIT -- One of the panels of columnists at the recent conference of the National Society of Newspaper Columnists here was called "Lies, Damned Lies and Talking Points." 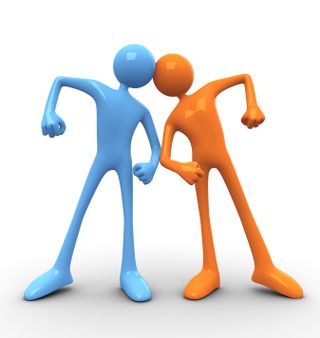 John Avlon, senior political columnist for Newsweek and the Daily Beast, was one of five columnists on the panel, and he said something about political discourse today that I think also applies to religion.

A lot of politicians today, he said, seek to score political points through the use of "conflict, tension, fear and resentment."

We all -- no matter our political leanings -- have experienced the truth of that observation, as we've watched our politics dissolve into a screeching contest with darn few people learning anything as a result.

But these same destructive tools -- conflict, tension, fear and resentment -- often seem present in religious discourse these days. That's especially true when we think about religious extremists who want the world to conform to their rigid vision of how things should be.

But isn't it also true that sometimes even mainstream religions degenerate into this stuff? Like trying to scare people with an emphasis on the burning fires of hell? Or suggesting to adherents that they will be the losers if their faith community allows -- name the group -- gays, racial minorities, women, youth or others to be welcomed into the community in a full way?

From your own experience you no doubt can list times when conflict, tension, fear and resentment were found in your faith community.

So although we should work against those things when we find them in politics, it seems to me that people of faith might do well first to look inside their own houses of worship and try to undo those forces there.

FORGET OBAMACARE, HERE'S ONE MUCH BETTER

Presidential candidate Michele Bachmann says God is going to heal the U.S. Does this mean we'll all have to get Godicare cards?