The description of Scientology that Janet Reitman offers in her compelling new book, Inside Scientology: The Story of America's Most Secretive Religion, is a disturbing picture of religion gone bad. 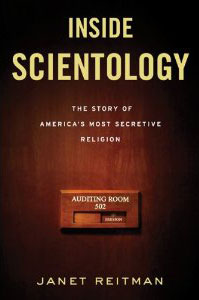 Almost anything you might think of that would be part of a toxic religion -- abusive authority, rigid doctrine that members dare not question, hidden assaults on members and employees, tremendous pressure to conform to groupthink -- is included in Reitman's description of Scientology in this well-researched and documented book.

And yet what is perhaps most remarkable about this book is its neutral tone, its refusal to degenerate into an anti-Scientology polemic (though no doubt that's what Scientologists will consider this to be). Indeed, Reitman finds a few Scientologists who are willing to speak freely to her and who continue to find value in the religion started in the 1950s by the late science fiction writer L. Ron Hubbard (pictured at right).

Indeed, the book ends with quotes from such a person.

That said, Reitman's description of the origins and continued operations of Scientology show an organization with an appalling lack of a moral compass, particularly under David Miscavige, who became the movement's leader after Hubbard died in 1986. And this faultline can be traced back to the beginning, when Hubbard, who had dreamed up personal counseling techniques that challenged psychiatry, decided that it would be more profitable (in all senses of that word) if he played what he called "the religion angle" and positioned Scientology not as a self-help business but as a religion. Eventually, after enormous legal pressure, the Internal Revenue Service declared Scientology to be a tax-exempt religion. (Other countries continue to struggle with that question.)

Hubbard was a strangely driven man with out-of-the-mainstream ideas, including the notion that we've all lived countless lives and that our bodies are simply the dwelling places of "thetans," apparently spirit-like entities who move from body to body. Even though all this may sound like science fiction, Hubbard, who wrote some quite engaging material in that genre, insisted it was factual. (The idea that we've lived many lives and will live many more is the apparent basis for members of Scientology's "Sea Organization" to be required to sign one-billion-year contracts to join.) 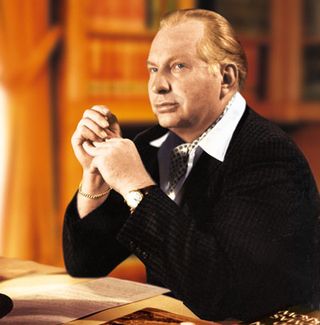 Over the years, various critics of Scientology have deconstructed it in devastating ways. Reitman, for instance, reports that in the 1960s the Australian Medical Association and its Mental Health Authority issued a 173-page report "thoroughly denouncing Scientology and its founder." Here is some of what that report concluded:

"If there should be detected in this report a note of unrelieved denunciation of Scientology, it is because the evidence has shown its theories to be fantastic and impossible, its principles perverted and ill-founded, and its techniques debased and harmful." And this: "Scientology is a delusional belief system, based on fiction and fallacies and propogated by falsehood and deception. . ." In the end, this Australian report called Scientology "a crazy and dangerous edifice." (I believe this is the report Reitman cites, but, if not, it's very similar.)

Much of Reitman's book bears out that 50-year-old conclusion. And that includes a description of a Scientology's "Operation Show White," which, Reitman says, was "revealed as the largest program of domestic espionage in U.S. history." Several people received prison sentences for the operation, though Hubbard himself was just named an "undicted co-conspirator."

One thing that makes this distressing book so engrossing is that Reitman tells the story of many individuals and their lives within Scientology -- often because they later escaped the religion and have become vocal critics of it. These stories add credibility to Reitman's words and put human faces on some of what goes on behind closed doors in Scientology, which they describe, in Reitman's words, as a "permanently hostile and intimidating environment."

Even though over the years Scientology has attracted such high-profile members as actors Tom Cruise and John Travolta, Reitman concludes that the operation faces a "daunting" task if it hopes to "both survive scandal and deflect many hard questions."

In the end, says Reitman, Scientology "is and always has been a fundamentalist faith. And like other fundamentalist groups, it will have its factions and its apostates. Whether it will endure in spite of that rests on whether its basic mission. . .remains vital to its flock and to their children."

Healthy religion creates a supportive atmosphere in which one is free to ask hard questions. Clearly that has not been Scientology's history. On the other hand, it may be too much of a stretch to call Scientology a religion at all, given that its members are required to pay increasing amounts of money to be taught Scientology's next level of self-help secrets.

In any case, Reitman has done the world a service by offering an insightful and believable picture of a troubled and troubling movement.

(The only serious complaint I have about Reitman's book is the footnoting procedure. There are lots of good footnotes at the back of the book, but as you read the text you have no idea what is being footnoted. Rather, you must flip back to the notes and see if a particular word or phrase that you've just read is expanded in a footnote. It's a silly and annoying way to handle footnotes.)

Oh, and here's a link to a Reuters interview with author Janet Reitman.

DOES THE BIBLE INSIST WE FORGIVE OTHERS?

Because I've proposed teaching a class at Ghost Ranch next summer about the complex questions surrounding forgiveness, I'm on the watch for interesting writing about that subject. Which is how I ran across this challenging piece about forgiveness and what the Bible really says about it. If you don't read it I'll forgive you but you'll be missing something worthwhile.

P.S.: Richard G. Tripp, founder of "Care of Poor People" in Kansas City, has an excellent and really cheap idea for how all of us can help homeless people in this brutally hot weather. Listen to Richard describe it in a brief YouTube video. Then let's all do it.