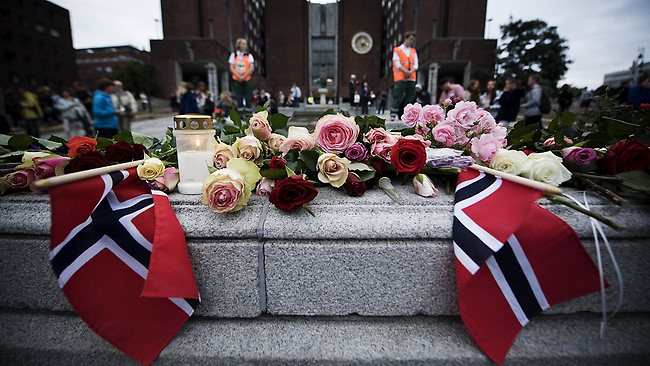 As you might expect, the murderous actions in Norway -- and the alleged perpetrator's statements that he's a Christian trying to save Europe from Islam -- have stirred up a lot of controversy about who influenced Anders Behring Breivik.

Religion News Service has done this pretty good compilation of some of this.

That piece raises the question of whether it's right to blame Breivik's violent acts on people who have been pushing an anti-Islam agenda in various ways.

Well, look. Life is complicated. One man does not dream up his politics, his ideology, in a vacuum. So no doubt there were others who influenced his thinking.

But let's be really careful about the blame game.

It's much too easy to conclude that there's a direct connection between this or that individual or group with anti-Islam views and the raw violence Norway suffered. Not only is establishing such a connection terribly difficult, but simple answers are unfair, given how many sources of influence may have affected the perpetrator.

Yes, it's possible to create an atmosphere of hostility and hate that moves people to despicable actions. But it's also possible that Breivik is a prisoner of mental illness whose sources are simply unknowable.

All that said, I can think of no good reason for anyone to be denigrating an entire religion -- either Islam for the actions of Osama bin Laden's disciples or Christianity for the violence in Norway. In both cases people acted way, way outside the boundaries of the religion's teachings.

(For an Australian newspaper's photo gallery of shots showing the ways in which Norwegians are mourning, click here.)

A PROMINENT VOICE IS GONE

Farewell to the Rev. John Stott, one of the more articulate and thoughtful evangelical Christian voices, now dead at age 90. Other evangelicals could learn from his approach how to be both committed to the their version of the faith and friendly to others who see things differently.