As I prepare for the 10th anniversary of the 9/11 terrorist attacks, it's impossible for my mind not to take me back to the kinds of emotional and even psychological damage my family suffered because my nephew was a passenger on the first plane to smash into the World Trade Center that day. 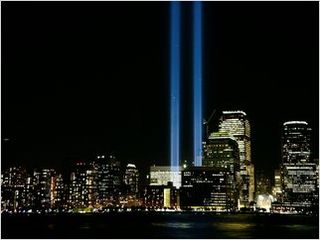 Indeed, in many ways that event plowed a huge truck into the dynamics of our family relations, and we had to work in various ways to rebuild relationships.

As this introduction to that special issue says, "The attacks of 9/11 did far more than destroy buildings and kill thousands of innocent people. They interrupted routine patterns and tugged at our social fabric, not simply in New York City, Washington, D.C., and Shanksville, Pennsylvania, but across the country as
well. They shattered a sense of security and perceptions of invulnerability among residents of the United States and the Western world."

That introduction also reminds us that "the goals of terrorism are inherently psychological in nature. Terrorists seek to create disruption by instilling fear and anxiety that leads to wide-ranging social, political, psychological, and economic consequences."

It's not surprising that terrorism rooted in religious extremism should work in this way because, of course, religious extremists pledge allegiance to systems that are inherently coercive and that require the use of fear and anxiety.

So the 9/11 ripple effects simply go on and on.

By the way, to obtain free (but required) tickets to Kansas City's 10th anniversary 9/11 memorial service (to be at 7 p.m. on Sunday, Sept. 11, at Community Christian Church, 4601 Main St., Kansas City) click here.

OK, time for a bit of satire. Not great satire, but satire nonetheless. Thespoof.com reports that people upset with New York's new law legalizing marriage for same-sex couples are so upset that they've sued God for not stopping it. If God has to testify, will this be the end of the oath: "So help Me Me'?

ANOTHER P.S.: I've just added this page under the "Check this out" headline on the right side of this page. It lists the boards on which I serve just in case that interests you.