We've all noticed the sad reality in recent years that a growing number of suicide bombers are women, and we've wondered what in the world drives them to this outrage. 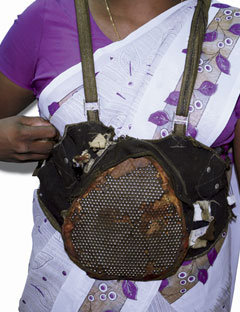 A scholar from Southeastern Louisiana University has been studying this phenomenon and says this:

“The decidedly un-Islamic introduction of female suicide bombers is hardly surprising in current terrorist groups, for they simply reinterpret and manipulate religious doctrine to legitimize acts that are strategically and militarily utilitarian. Female suicide bombers are not Islamic martyrs nor any other manifestation of orthodox religious faith.”

Margaret Gonzalez-Perez, who did the new study, is a professor of political science at Southeastern and author of the book Women Terrorists: Female Activity in Domestic and International Terrorism.

The introduction of women into this madness makes no more sense than does anything else about it. Once a group has adopted a bad idea, there's not much to prevent it from spreading that idea to all kinds of people -- especially the vulnerable.

As the press release to which I've linked you in the second paragraph above quotes Gonzalez-Perez as saying, terrorists "recruit women by exploiting vulnerable females, including those with mental health issues and girls as young as 14. The common profile of female suicide bombers is that of a woman trying to survive in the aftermath of a war with no social, political or economic security. This new study, “The False Islamization of Female Suicide Bombers,” appeared in a recent online issue in the journal, Gender Issues.

The conclusion about women suicide bombers is the same as the conclusion for all terrorists: Islam forbids such acts. Those who do them do so in violation of Islam.

Good for the pope. On Benedict XVI's upcoming trip to his native Germany, he plans to meet with both Jews and Muslims. They may not agree on all matters (why would they?) but continued contact like this helps prevent isolation that leads to ignorance that leads to prejudice that leads God knows where. So keep talking, folks.