ABIQUIU, N.M. -- Over the decades I have known dozens and dozens of members of the clergy from many faith traditions. 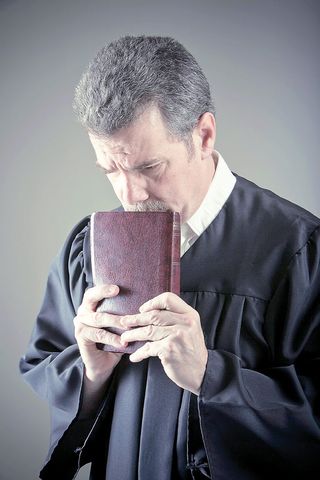 For the most part I have admired these men and women and have had at least some sense of the pressure under which they regularly work.

But until a clergy member gave me a name for some of that pressure while I was here last week teaching a writing class at Ghost Ranch, I didn't have had a vocabulary to talk about it with much coherence.

It's a simple name: "emotional work." And what it means is the effort one must put forth to maintain some kind of emotional control when all around are some demanding people who want a little piece of you and who are saying and doing things that may contribute to trouble in the congregation. Often these people have no idea that they are making the clergy do emotional work. And their oblivious attitude adds to the stress on the pastor, rabbi, priest.

Clergy, for instance, must do emotional work to respond with honesty but gentleness when a parishioner says something critical about the sermon after a worship service. Or when a rabbi is meeting with the synagogue's board and some board members are questioning almost everything he's doing. Or when a priest is serving under a bishop he doesn't much like or respect and that priest must not openly rebel and yet must find a way to be true to himself. Or when a young couple wants a pastor to include something in the wedding ceremony that is in tension with the religious tradition that pastor represents.

Every profession requires emotional work, of course, as does simply living in any family. But from my experience of knowing so many members of the clergy over so many years, I would say that the emotional  work required of pastors, rabbis, priests, imams and others is pretty constant and terribly draining.

As members of congregations, we'd do well to remember that and to try to contribute as little as possible to additional emotional work our clergy must do. And they would do well to recognize this as a cause of tension and potential burnout in their lives and to do what they can to mitigate its consequences.

The famous -- some would say infamous -- International House of Prayer in south Kansas City was the focus this week of this pretty detailed piece in The New York Times. Mike Bickle, the pastor who started IHOP, had a brother, Pat, about whom I once wrote a profile for The Kansas City Star. Pat was severely injured as a high school football player in the 1970s and was the subject of much prayer by Mike and his followers. Pat died in 2007.